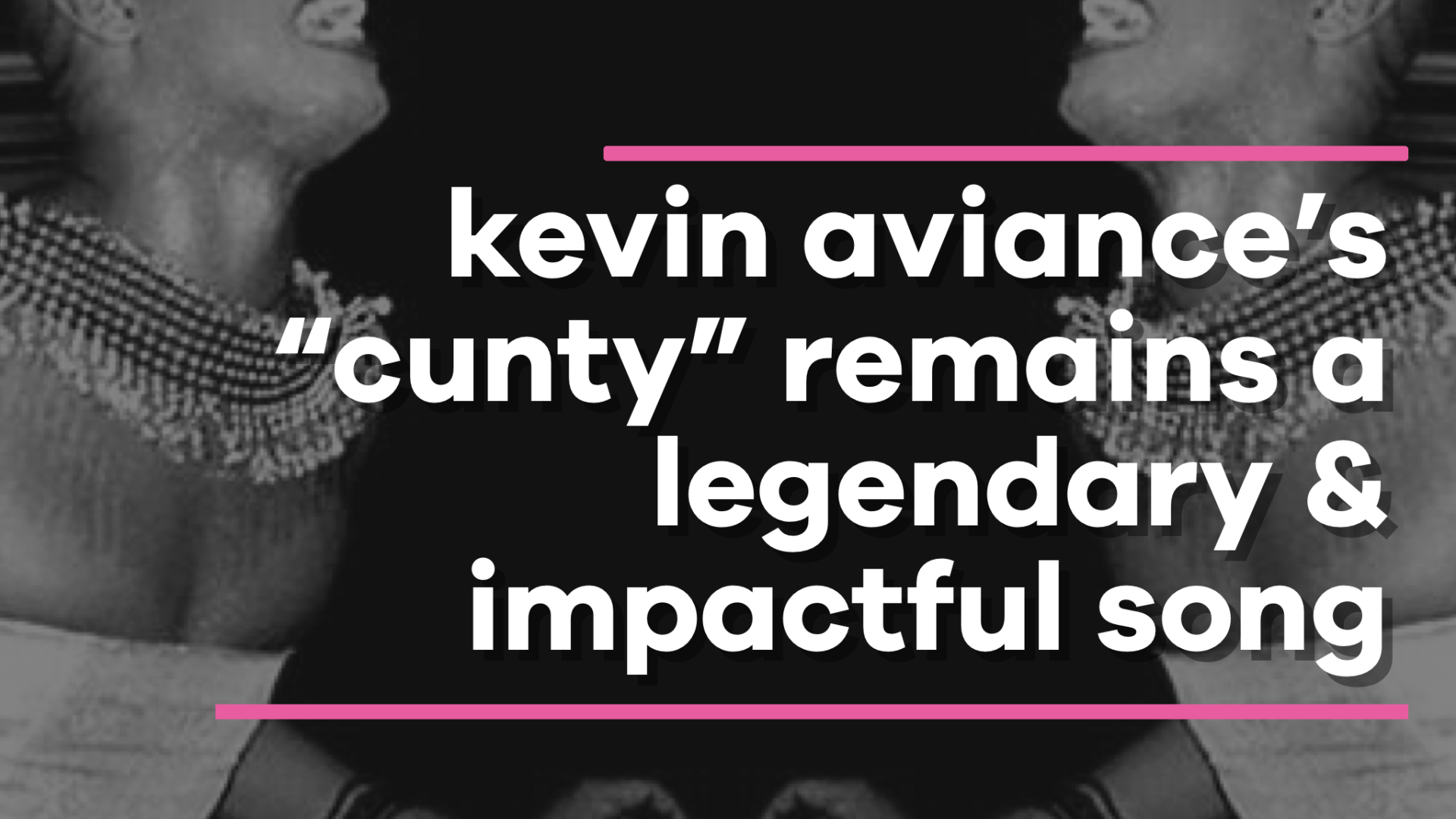 before making his mark in new york city’s nightlife in the early 90s, he was a commanding presence in ballroom as a member of the house of aviance.

in 1996, kevin transitioned from nightlife superstar to bonafide house music icon with the release of his debut single “cunty.” initially released independently and then later on strictly rhythm records, “cunty” became a regional club hit. in the wake of “paris is burning” and the box office smash “to wong fu, thanks for everything,” the sounds that had been percolating in the ballroom scene began to slowly rise above the underground.

over 25 years later, “cunty” remains one of the most influential and enduring songs to emerge from the ballroom scene. “cunty” was sampled by beyoncé for her 2022 “renaissance” album track “PURE/HONEY.” a testament to kevin’s continued impact on culture and music. since the release of “cunty,” kevin has topped the billboard dance chart 3 times and in 2016, was named by the magazine as one of the greatest dance artists.