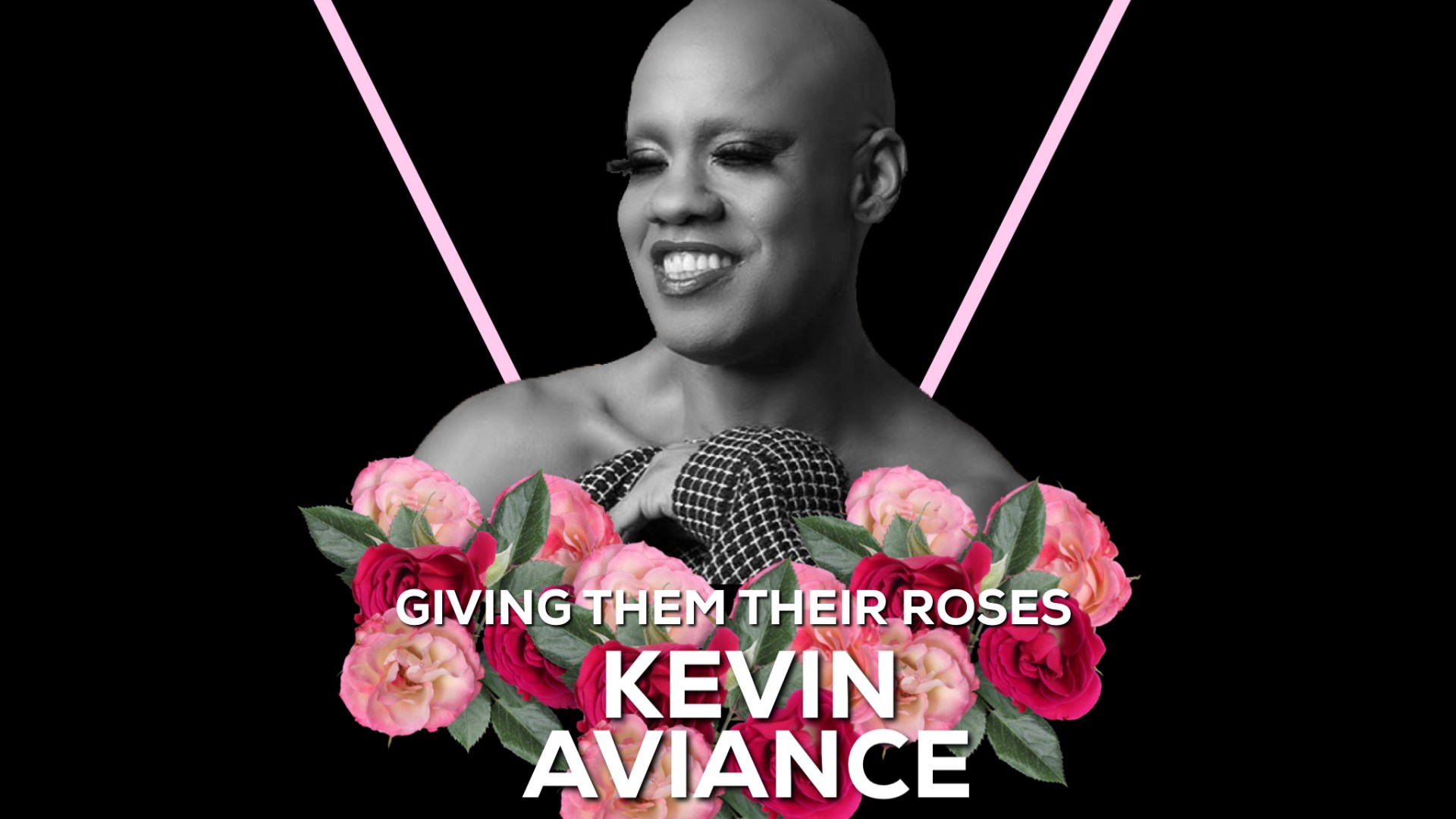 in 1997, my friends and i would all make our way to a local youth drop-in center in philadelphia every friday night. there, i’d watch as they take over a small room and break out a single-speaker radio that magically only worked on friday nights. someone would then pop in a dj pauly paul mixed cd of vogue beats and press play. as kevin’s “cunty” and “din da da” blasted from the speaker, that small room would transform into a ball or a masterclass of how to pose, spin, and dip while hitting every beat as kevin’s voice commanded their bodies.

kevin aviance is the embodiment of black queer resistance. standing at over six feet tall, aviance was listed as one of the 100 most successful dance artists of all-time by billboard magazine in 2016. a remarkable accomplishment for a towering six-foot out black queer artist who gender-fucked his place into both ballroom and dance music history.

born and raised in richmond, virginia, kevin aviance grew up in an environment that natured his creativity and his love for live concert performances. in the seventh grade, kevin began experimenting with drag performance and mastering his innate gift commanding an audience. by 1990 kevin was making his mark in the ballroom scene after becoming a member of washington, dc’s legendary house of aviance.

in the early 1990’s the now defunct sound factory club was the hottest clubs in new york city’s thriving club scene thanks in large part to resident dj and producer junior vasquez. one morning – (because junior would have the gurls dancing past daybreak and i know because i was one those gurls a few times) – as vasquez spun “the pressure” by sounds of blackness, kevin captivated the entire club and cleared the dancefloor as lip-syncing to the song. the impromptu performance would lead to club gigs and eventually a cameo in madonna’s music video for her 1993 single “secret.” fun fact: the first time “secret” was actually at sound factory bar. and yes, it was early morning.

as kevin’s profile continued to rise he successfully transitioned into a recording artist. he debut single “cunty” became a bonafide hit in new york clubs and a staple in the ballroom community. kevin quickly followed up that success with a queer-as-fuck cover of the george kranz 1984 breakdancing classic, “din daa daa.” the song would top the billboard dance chart in august 1997 becoming the first of three #1s club hits. with these two singles alone, kevin had provided an entire queer generation with music of their own to vogue to.

on june 10, 2006, after leaving an east village gay bar, kevin was brutally attacked and robbed by a group of men who yelled anti-gay slurs. aviance suffered neck injuries, a fractured knee and had to have his jaw wired for a month. despite these injuries, kevin was committed to appearing at the pride parade a few weeks later and speaking at anti-violence events demanding action be taken to protect queer and trans people from hate crimes.

after taking a much deserved break to care for himself, kevin periodically performs at clubs, gay pride events and concerts to benefit aids service organizations. he also continues to champion lgbtq issues and works to destigmatize addiction and mental health.

kevin aviance’s legacy spans over three decades and in that time he has shared the stage with music legends mary j. blige, bette midler, lil kim and cher. all while taking the sound of black ballroom culture to the top of the dance charts. kevin is an ICON. kevin deserves all of the roses. long before “rupaul’s drag race” and “pose”, kevin was providing the Black and Latinx children with possibility, hope and sick vogue beats to dance to as their built new worlds of their own,