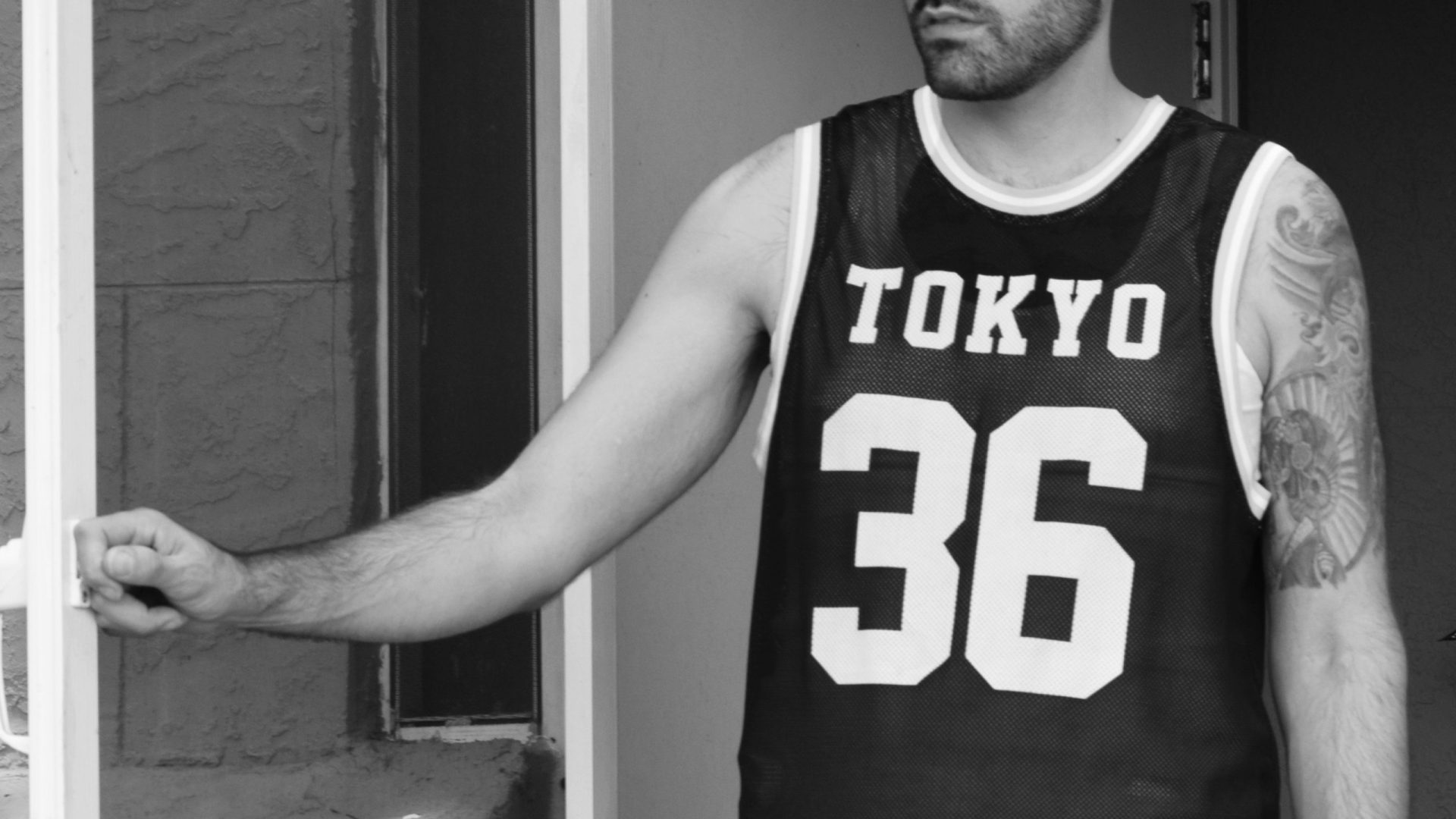 i was in the 11th grade. there was this guy that everyone used to say was bisexual. and i was like, “what does being bisexual mean?” i did my research and was like “oh ok. someone who likes both. maybe that’s who i am. maybe i’m bisexual.”

i remember being in computer class and at that time, everyone had piercings. so he had a tongue ring and he was across from the computer and he goes, “hey joel.” and i go, “what?” he opens my hand and puts his tongue ring in my hand. i’m like, “what the fuck?” i look at it and say, playfully, “eww, take it away from me!”

then we were in the auditorium and he was across from me and he yelled, “joel!” and i’m like “what?” and he motioned “i heart you.” and i like “oh my god!”

i think towards the end of that year, i was in a relationship with a girl. she and i met as part of a quinceañera, we were partners. she went to a different high school. so anyways, i’m in school and i go on a bathroom break. all of sudden the guy walks in. as i get ready to leave, he says, “joel, don’t leave.” so i am standing near the bathroom door to exit, he finishes washing his hands and walks up to me and says, “this is something i always wanted to do.” he starts making out with me. so i’m like, “whoa. this feels weird.” we start making out again. all of a sudden, some guy walks into a the bathroom, sees us and is like “oh, wait. uh, i’ll go to the next bathroom.” like it was something “normal” and then he leaves. it was so weird to me.

i was nervous. did i just cheat on my girlfriend? that night, i called diana and i’m like, “listen. something happened today. somebody made out with me.” and she was like, “who is the girl? i’m going to go to your school and beat her butt!” i’m like, “no, it was a guy.” and i swear, this was the first time i heard this word – she was like, “so you’re a faggot?” and she hung up on me. and i never talked to her since.

i mean, i think she should have known. for one of my birthdays, she bought me destiny’s child’s second album, “the writings on the wall.”

photographed by: louie a. ortiz-fonseca