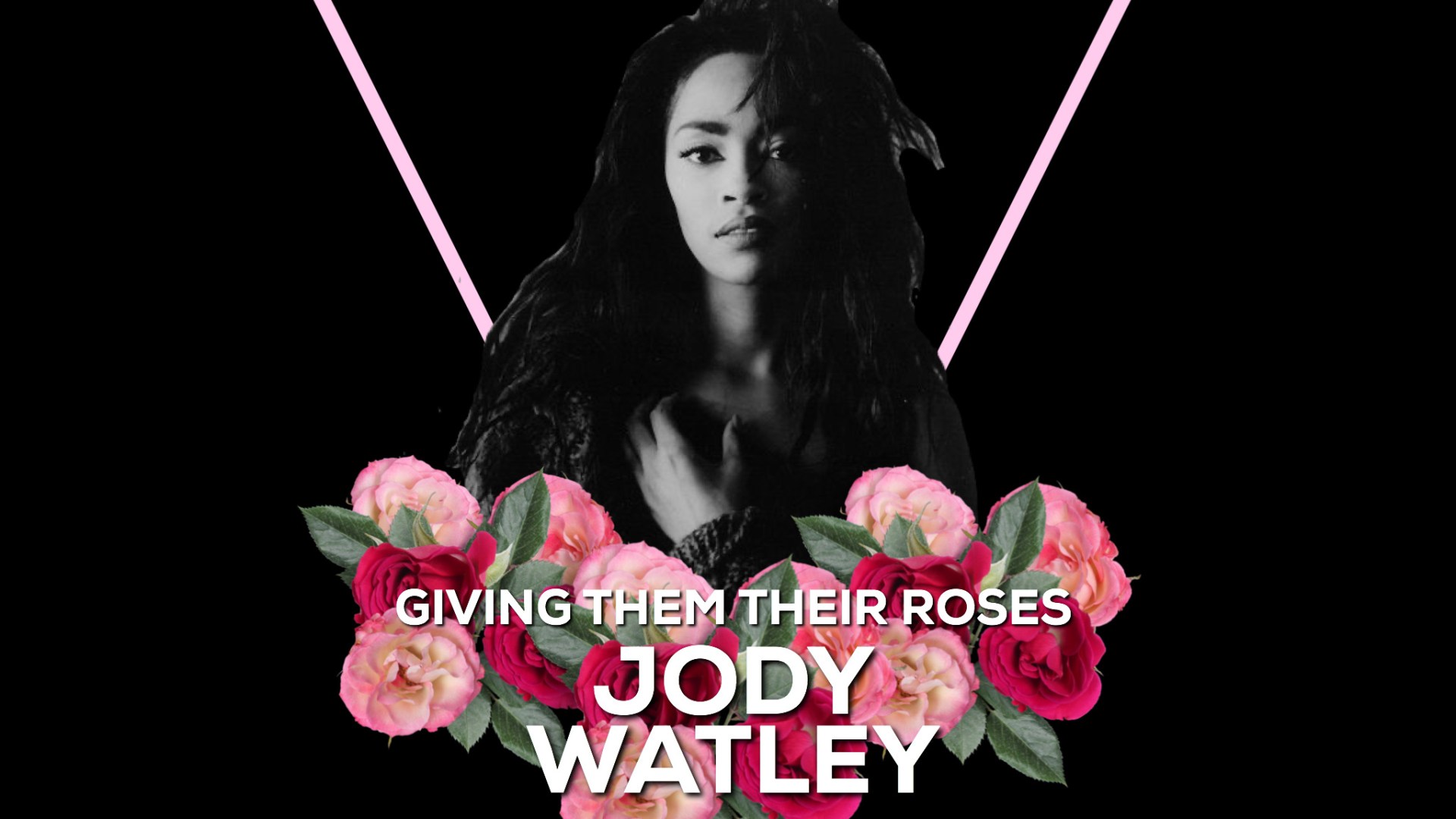 what a time it was to be alive and witness the brilliance of jody watley thrive at every level of pop culture. when people talk about the pop/dance divas of the 80’s and 90’s, jody watley’s legacy is often omitted, which is nothing short of criminal. jody watley is arguably one of the most influential pop/dance artists of the musical era.

born in chicago on january 30, 1959, jody was introduced to the stage by her godfather & soul music pioneer, jackie wilson. by the time she turned 17, her trendsetting fashion style and dancing made her one of the most popular dancers on the weekly TV dance show “soul train.”

by the late 1970’s and early 80’s, jody was charting hits on both sides of the pond as one third of the post-disco group, shalamar. their sound and style made them one of the most influential r&b/dance groups of the 1980’s.

after exiting the group in 1983, jody moved to london for a few years before returning to the US to slay with gurls with her 1986 monster hit, “lookin’ for a new love.” her solo debut album followed and the hits continued. she would go in to win the grammy for best new artist in 1988.

in 1990, she released her sophomore album “larger than life” which included two of the pop/dance genres most influential songs. the video for the lead single, “real love” introduced high runway fashion into the pop music esthetic. it also became one of the VMA’s most nominated videos. the follow-up single, “friends” a collaboration with hip-hop duo erik b. & rakim invented the rap/sing genre that continues to dominate contemporary pop music.

for the past 40 years, jody watley has remained one of music’s most innovative performers, writers, singers and fashion icons. in 1990, long before AIDS advocacy became the “thing” to do, she was part of one of the first global HIV/AIDS projects.

jody continues to perform all over the world and champions lgbtq rights. miss watley is a living legend who have amassed 32 top 10 singles and 13 No. 1 singles across multiple  genres over the past three decades as a solo artist. all this and she never, ever had to gay bait. why? cuz miss jody was and still is THAT gurl!