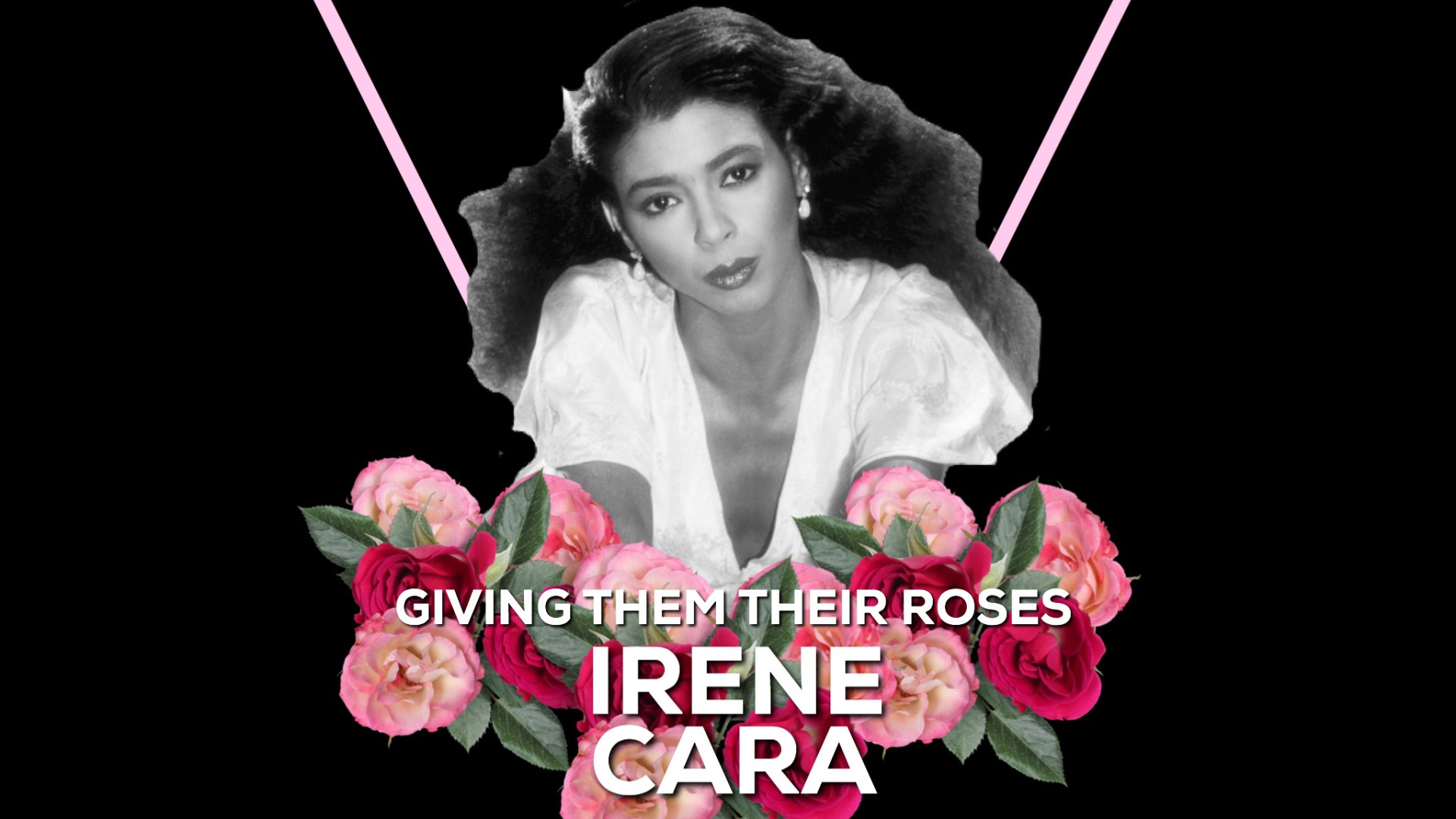 a few days ago, i asked a co-worker, “do you know who irene cara is?” he replied, “no. who is she?” after almost fainting, i said, “this why i the world is burning.” sadly, many folks do not know who irene cara is and those who do remember her, often ask, “whatever happened to her?” lawd knows, i have asked myself that very question for years.

in 1983, irene cara had what we would now call a “cardi b.” year. she was at her peak after winning a golden globe, two grammys and an academy award! but just one year later she would literally be erased from the entertainment world. how did this happen?

irene cara escalera was born on march 18, 1959 in the bronx, new york to an afro-boricua father and cuban mother. a music lover since birth, irene learned to play the piano by ear. with the support of her parents, she recorded her first album “esta es irene” in 1968. this led to a performance on the popular national TV show, “the original amateur hour with ted mack.”

after starring in a few on and off broadway plays and the PBS children’s show “the electric company” (which also starred rita moreno and morgan freeman),  irene flourished as an actress from the mid 1970s until 1980. her breakout role came in when she starred as the title character in the 1976 cult-classic motion picture, “sparkle.” success and acclaim continued in 1979, when she starred as bertha palmer haley, mother of alex haley in the mini-series “roots: the next generation.”

as the 1980’s rolled around, irene’s career as a singer would begin to take off. in 1980, she starred in the classic musical film about a performance high-school, “fame.” she also sang both the theme song and the soaring ballad, “out here on my own.”  in addition to being major pop hits (“fame” #4 and “out here on my own” #19), both songs were nominated for best original song at the 1981 academy awards with the title song taking home the prize. the year ended with irene being awarded best new singles artist by billboard magazine.

a year after her musical breakthrough. nbc signed irene to star in her own sitcom, appropriately titled, “irene.” the pilot aired in august 1981 and was met with favorable reviews and respectful ratings. unfortunately, a shake-up at the network resulted in the show not being picked up for the fall season. irene, however, did not allow this hick-up to interrupt her momentum.

after the abc passed on her sitcom, irene refocused on her singing career. she finally released her debut album in 1982. boasting a solid collection of r&b tunes and production, the album failed to garner commercial success. the album’s highest charting song was the soaring and under-rated ballad “anyone can see” which reached #42 on the pop chart.

irene did continue to find success and critical. in late 1982, she won an NAACP image award in 1982 for her role in NBC movie of the week, “maya angelou’s sister, sister.” she was also nominated for an NAACP award for her role as myrlie evers in the 1983 pbs movie,“for us the living: the medgar evers story.”

in early 1983, irene was asked to sing the theme song to the motion picture “flashdance.” the turnover was pretty as the film was already being edited when they decided that the movie needed a theme song. excited to be a part of the project, irene wrote the song while riding in a cab on her way to record the song. produced by giorgio moroder (of donna summer fame), “flashdance…what a feeling” topped the billboard hot 100 for six weeks in the summer of 1983. the song would go on to win a golden globe for best original song, an academy award for best original song, a grammy award for best female pop vocal performance, and two american music awards for best pop song and best r&b female artist. by the end of 1983, irene was just one of the promising pop stars in the world but she was one of the most awarded. sadly, this success would not last.

irene’s sophomore album “what a feeling” was released in november of 1983, more than 8 months after the title track was released. although the album included three top 40 hits, “why me?” #19, “the dream (hold on to your dream)” #37 and “breakdance” #8, the album struggled as a cohesive project. in an effort to repeat the “what a feeling” formula, her song “the dream (hold on to your dream)” was used as the theme song for the 1984 comedy film “dc cab.” lightening did not strike twice as both the song and movie failed to reach mass success. irene was now seen as a “singles” and “soundtrack” artist and this impacted album sales.

by 1984, MTV had become just as an important medium in breaking new artists and songs as radio had been. unfortunately, videos by black artists were seldom played at MTV. this limited Irene’s reach and ability to capitalized on her success. unfortunately, things would go from bad to worse.

after the global success of “flashdance…what a feeling,” irene cara was broke. hoping that the leverage some of that success, she demanded royalties for songs she penned herself and asked to renigotiate her contract. the label refused and irene filed a $10 million lawsuit. the label retaliated by barring her to record any of her material and even began a smear campaign that essentially ended her recording career.

with her recording career at a stand still, irene returned to acting. unfortunately, the roles she was offered were subpar and the films all flopped at the box office. my favorite of these films were “certain fury.” lawd, i remember begging my mother to take me to see this. she told me, “that movie looks terrible.” of course, as a kid, i didn’t understand how anything associated with irene cara could be terrible. like, she was IRENE! well, i’ve watched the movie a few years ago and turns out that my mother was right.

in 1987, irene signed with a new label and was just about to release her third album “carasmatic.” unfortunately, with her legal battles with her former label far from over and they threatened legal action if the album was released in the US. this forced her new label to cancel the release of the album. this resulted in irene being dropped by her new label. unable to perform or record in the the US, she was forced to only perform outside of the US.

in 1999, after years of court battles with her former label, irene was awarded 1.5 million in damages. the label was found guilty of implementing illegal tactics and smear campaigns to stalled her career. by this time, more than a decade had past since irene had released any material. this erased her from the landscape of pop music.

irene is now living her best life in florida and tours the country with her band hot caramel. she also has done several interviews telling her story of surviving the music industry and advocating for musicians.

i spent many days in the room i shared with my brothers, singing and lip-syncing to irene cara songs. i not only adored her but i legit wanted to be her! i could go on and on about my memories of loving irene cara but i will spare you the stories of how i would stay glued to the tv every saturday night hoping she’d perform on solid gold. i won’t tell you about all of the songs i wrote a kid that started out as a ballad and then sped up. i will spare you.

irene cara is black latinx history. she is an unsung legend. irene cara deserved better. we hope that this post helps to keep her name alive while she is alive. i love you, irene!