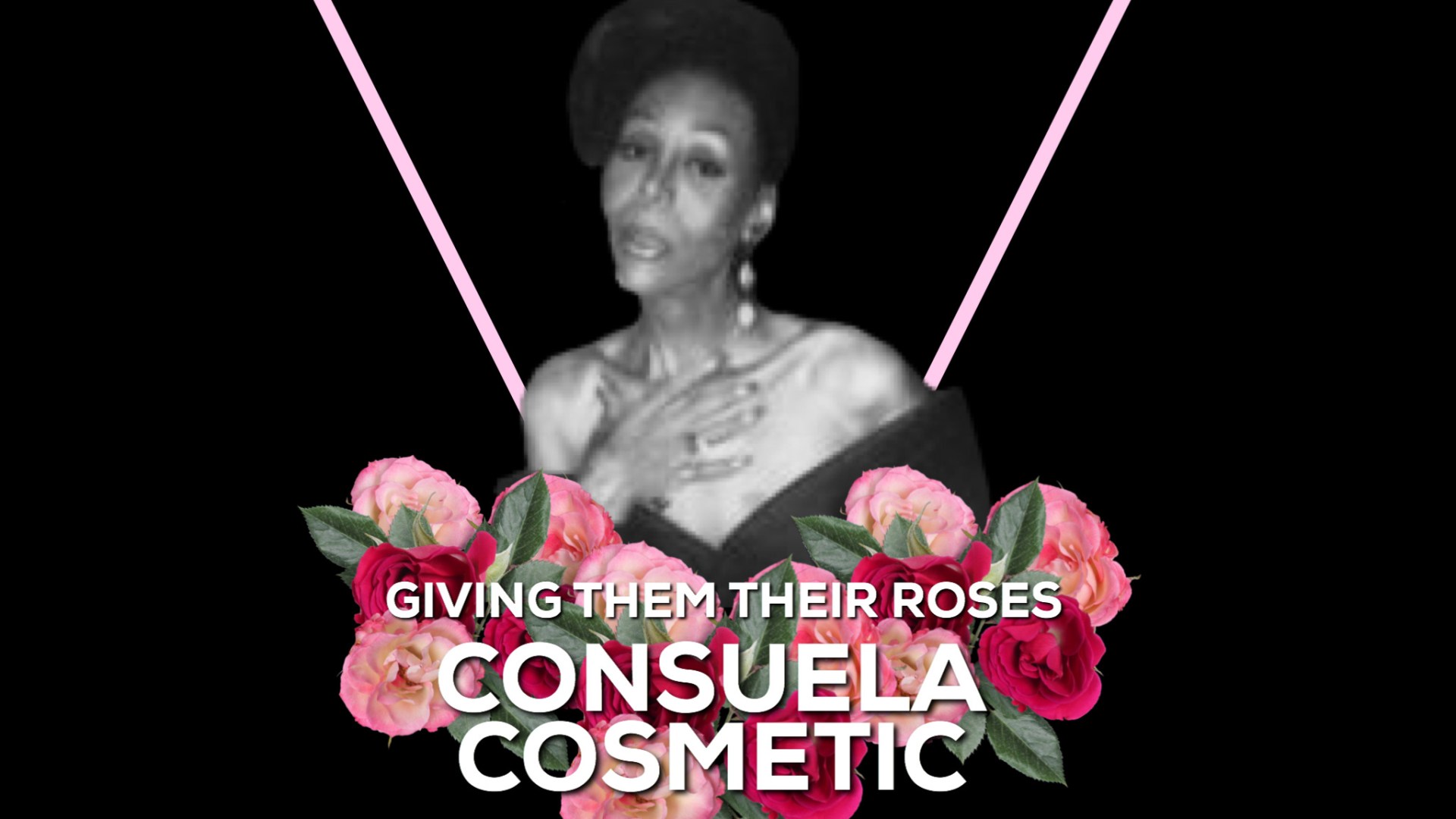 in 1996, the FDA approved the first HIV antiretrorivals, deaths caused by HIV declined for the first time since the start of the epidemic and queer films “too wong foo” and “priscilla queen of the desert” had enjoyed mainstream success. quietly in the background of all of these breakthroughs, consuela cosmetic’s unflinching story was being told.

released in the fall of 1996, “mirror, mirror” is a brilliant, moving, searing and even often times humorous documentary centering the last 8 months of consuela cosmetic’s life, a black trans woman living with AIDS in 1990’s in new york city.

born in los angeles, california 1958, consuela moved to new york and became a fixture in both the nightlife & ballroom community as the mother of the house l’amour

much of the backdrop of “mirror, mirror” takes place at sally’s II, a black and latinx club that in new york’s time square that hosted balls and drag shows hosted my angie xtravanza, dorian corey and consuela herself. the club closed its doors in 1996

unlike many HIV docs of the 1990’s, “mirror, mirror”, which features the late great legendary hector xtravangza, does not lean on the HIV martyr or the helpless victim narrative. it is a portrait of a black trans woman who refuses to go into the night without a fight. the film also includes intimate and frank discussions about what it took to survive HIV in america as a black trans woman in an era when the treatment available was AZT.

consuela cosmetic died on march 6, 1996 of HIV complications while the film is post production. in a world where people living with hiv are STILL held responsible for the way the world treats us, “mirror, mirror”, offers an uncompromising way of existing that is still relevant today.

“mirror, mirror” didn’t get the wide distribution it deserved due to the inability of getting clearance for all of the featured music. the director felt that it was critical to keep all of the drag performances were critical in helping to tell consuela’s sobering story.

as news breaks that we are possibly closer to a cure, we remember consuela. today we speak her name.