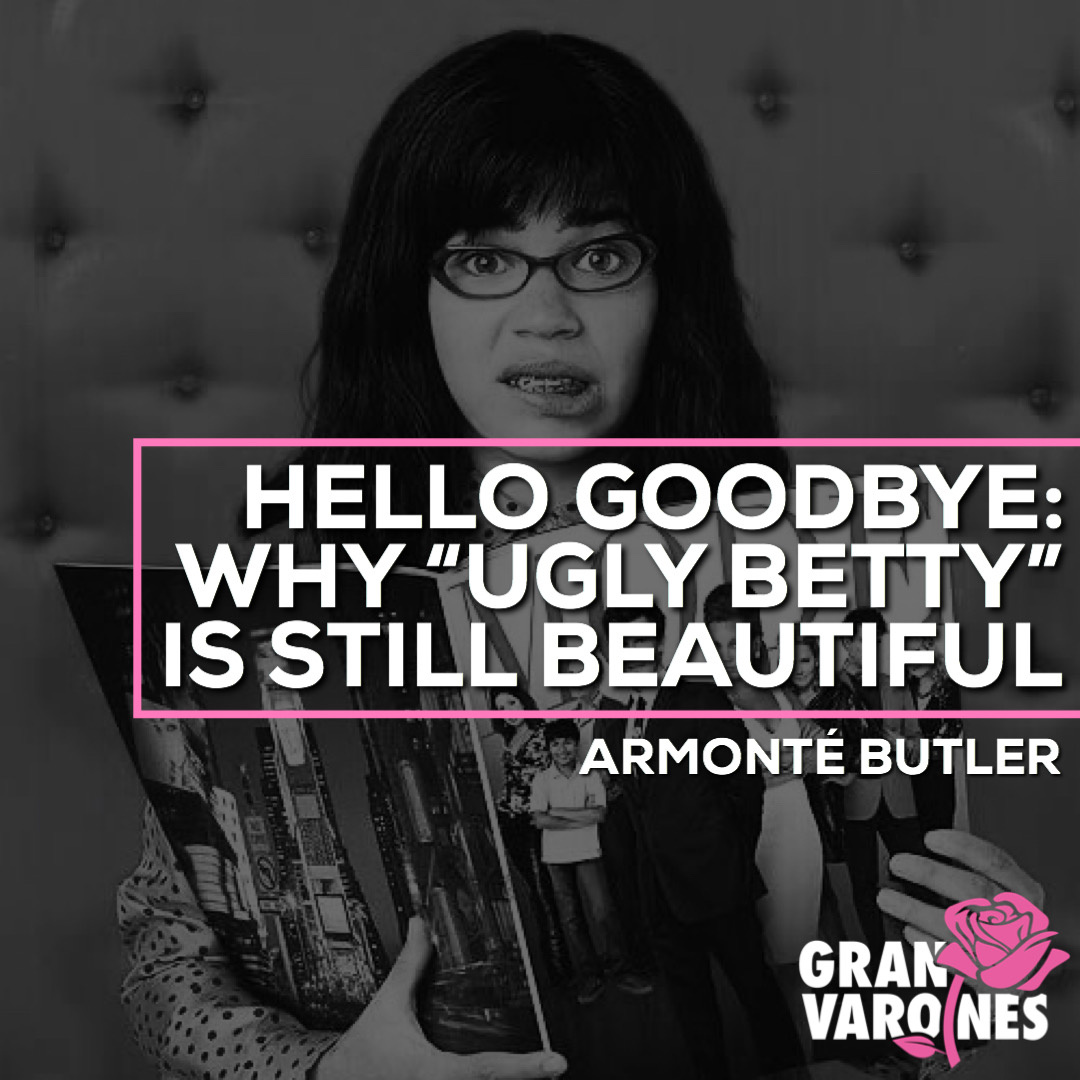 10 years ago, on April 14, 2010, Ugly Betty’s final episode “Hello Goodbye” aired on ABC. “Ugly Betty” was a Mexican-American comedy-drama television series developed by Silvio Horta. The show revolved around the character Betty Suarez, who despite her lack of style, landed a job at a prestigious fashion magazine. The series was based on Fernando Gaitán’s Colombian telenovela “Yo soy Betty, La Fea.”

“Ugly Betty” premiered on September 28, 2006 and was an instant ratings hit winner. In contrast to traditional telenovelas that emphasize straight marriages and families, “Ugly Betty” tackled gender and sexuality. Story arcs also centered around issues related to immigration and religion, which were still rare for primetime comedy-dramas. From characters played by actresses such as America Ferrera as Betty Suarez and Vanessa Williams as Wilhelmina Slater, “Ugly Betty” was a kind of cultural reset.

Betty’s teenaged nephew Justin Suarez, played by Italian and Puerto Rican actor Mark Indelicato, had a huge impact on me growing up. Justin, a young person who is sure of himself, was a key character in the series and shares a closeness with his aunt that in many ways mirrored the relationship I shared with my own aunts. Justin wants Betty to succeed at her job, MODE, a fashion and lifestyle magazine. Although it was not revealed that Justin was gay until season 4 in 2009, I knew. That is a magic power of being young and queer – you learn to read between the lines. The show continued to propose hints through common gay stereotypes such as his interest in fashion, the performing arts, and home economics. But I didn’t need those inferences to connect to Justin. He commented on his body image and was very food conscious throughout the series. Things that I did and felt didn’t know all that it completely meant or would eventually mean for me.

Throughout the series, we see Justin deal with common issues like homophobia and family acceptance. For instance, in the first season his mother Hilda is concerned about his sexuality and wishes that he was “normal.” Later in the season, we see Hilda come around and protest to his father, Santos, “He’s comfortable with who he is and so am I.” In other seasons we see Justin battle school bullies and at one point he’s pressured to promote a more “macho” image in an attempt to fit in. At the same time that the show ran, I was in both middle and high school battling the same issues. Growing up, “Ugly Betty” was one of the few shows I could watch, without having to sneak around, that I could relate to. Justin was gay, feminine, and loud and proud – all the things I was in certain parts of my life and all the things I wanted to be – everywhere, all of the time.

Before coming out in season 4 in 2009, there was several media speculation about Justin’s sexuality.  Silvio Horta, the series creator, who is gay and came out to his Cuban-American family at age 19, said that Justin will experience “the journey” as he matures. He added, ‘I see myself in him,’ and “Growing up, I certainly felt like an outsider at times. But there’s this sweet innocence in Justin that sees the positive.” In the same sense, Justin gave me hope in a world that sometimes seemed cold. Justin showed me that blood family and the families that we choose were sometimes alike.

It’s been 10 years since the end of “Ugly Betty.”  The show established and challenged widespread ethnic, racial, gender and sexual notions about Latinx communities on television. During this period of “social distancing,” I’ll definitely be re-watching “Ugly Betty” and re-cheering on her, Justin and all of the beauty this show represented. On this day, I say hello again to the show that challenged beauty standards and reminded me that beauty is found in the awkwardness of being seen and even sometimes invisible.