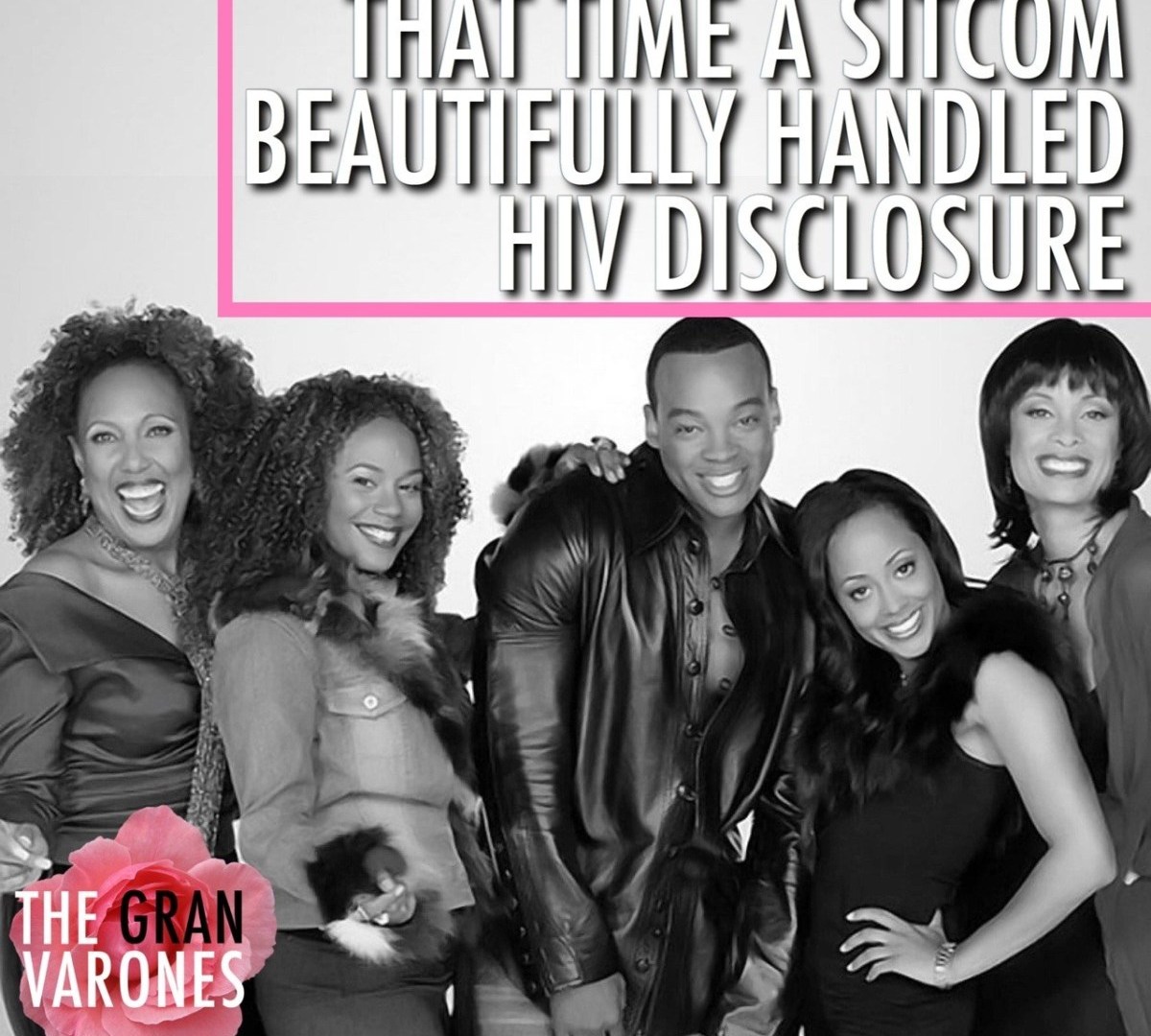 tv shows have an unbalanced history with HIV storylines. while some shows have failed completely, others like “pose” have succeeded in developing HIV story arcs that effectively challenge HIV stigma. on this national women and girls HIV/AIDS awareness day, we remember the time that a UPN sitcom beautifully handled HIV disclosure.

in 2002, “half & half”, a quirky sitcom about two half sisters who reconnect as adults and grow their relationship while living in the same apartment building premiered on the then still up and coming UPN. the show was one of the network’s most watched shows. like most sitcoms of the time, “half & half” addressed issues around dating, family conflict and surviving adulthood. but it was in the show’s last season in 2006 that it claimed a spot in HIV television history.

since the onset of the HIV epidemic in the early 1980’s, television sitcoms have attempted to use both humor and heart to inform the masses about basic information about HIV, prevention and stigma. many of these “on this special episode” episode (as they were often called in the 1980’s and early 1990’s), typically came across as “preachy” and reinforced the narrative that the person living with AIDS, which was usually a white gay male, should be loved because he can be “redeemed” from the “choices” he made in life. in addition, very few dealt with disclosure in a way that wasn’t fatalistic or couched as the revealing of a deep dark “secret.”

in a two episode story arc during the show’s final season, “take me as i am episode” and “the reality bites episode,” michelle williams of destiny’s child, guest stars as “naomi”, a secondary character spencer’s love interest. after a few dates, spencer experiences naomi as emotionally distant and questions naomi’s interest in him romantically. in an act of vulnerability, naomi explains why she has been emotionally distant. it is then that she discloses that she is living with HIV. prepared to be dumped by spencer, she is surprised when he says “it doesn’t matter. we may have to do some things differently… if we decide to do some things.”

when i first watched this episode, i was floored by the intentionality and tenderness of the show’s demonstration HIV disclosure by centering intimacy, consent and pleasure as part of the conversation.

well over a decade later, no other sitcom to my knowledge has successfully accomplished what “half & half” managed to do. what is amazing about this episode is that it models conservations about HIV disclosure are not portrayed as “bad” and “horrific” news but rather a beautiful moment of intimacy.

“half & half” was as canceled in 2006 when the network merged with the WB to create what is now the CW.

on this national women & girls HIV/AIDS awareness day, we are celebrating “half & half” for handling HIV disclosure so tenderly.