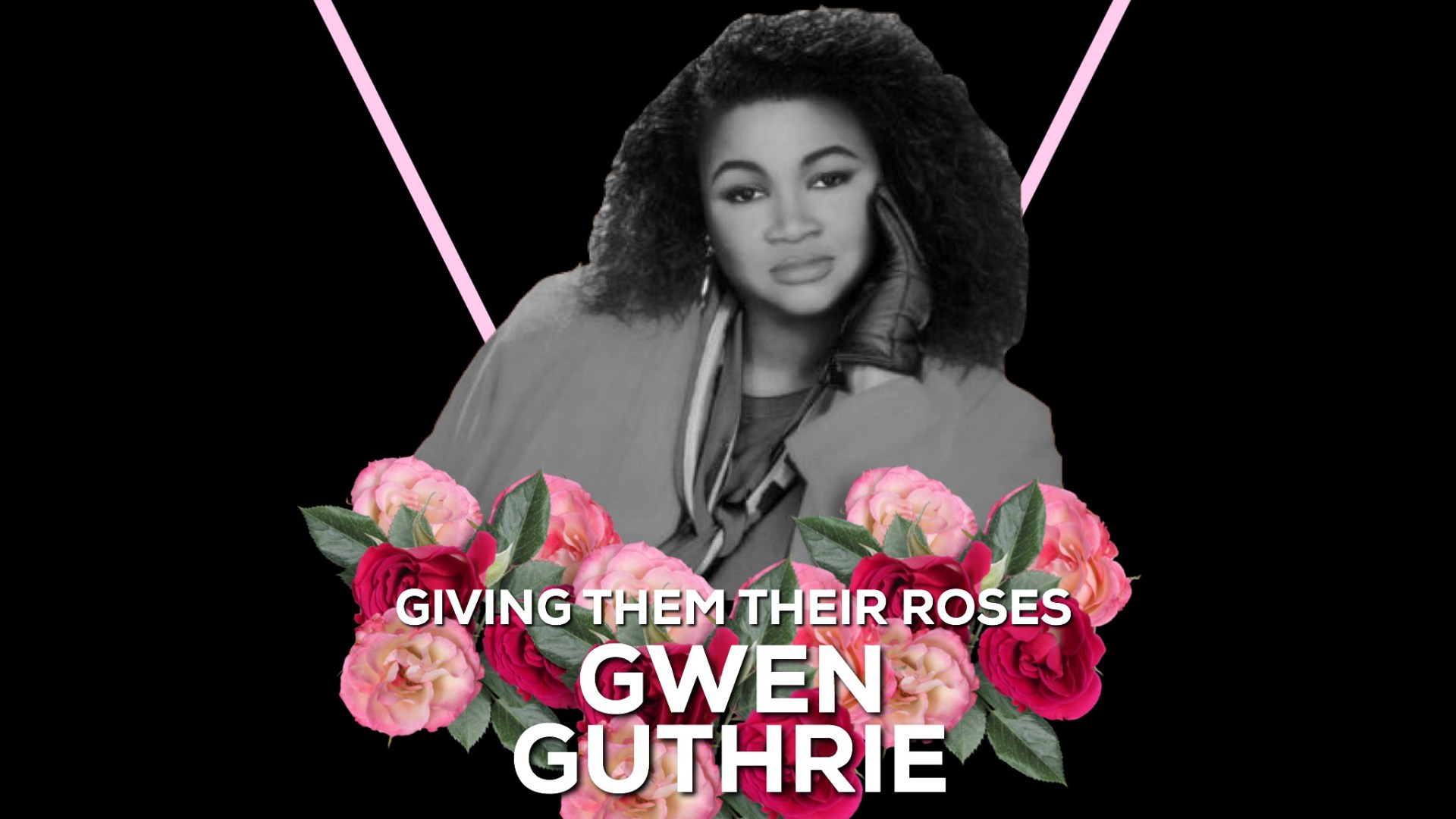 dubbed the queen of paradise garage, the notable and beloved new york night clubs of the 1980’s, gwen guthrie entered the mainstream pop music consciousness with her 1986 hit, “ain’t nothing going on but the rent.” the song helped her garner a wider audience but by that time, gwen was one of new york’s gay club’s favorite dance diva.

born in newark, new jersey on july 9, 1950, gwen got her break in the music world when she landed the opportunity of singing along side cissy houston for aretha franklin. by the late 1970’s, gwen co-writing dinh’s for the likes of roberta flack, sister sledge and afro-latina souls songstress, angela bofill.

by 1978, gwen had co-written songs for ben e. king, roberta flack, martha reeves and sister sledge. that same year, legendary afro-latina r&b diva, angela bofill, even scored a hit written by gwen with the classic, “this time i’ll be sweeter.”

during this same time, renowned new york dj, larry levan, was helping to redefine the national’s dance music landscape with his post-disco sound. as the in-house dj for the now legendary paradise garage, larry was building a black and latino queer utopia and his eventual musical partnership with gwen would serve as the soundtrack. together gwen and levan forged a musical partnership and crafted songs that many consider house music before there was house music. the perfect example is the gwen written and produced, “ain’t nothing going on but the rent.” mixed by levan, the song became a hit on both sides of the atlantic in 1986. “ain’t nothin’ goin’ on but the rent” reach the top spot on both the r&b & dance charts. the song also cracked the UK top 5. chyle, before destiny’s child gave us “bills, bills, bills”, gwen was schoolin’ us on economic security.

gwen followed up “rent” w the equally slammin’, “outside in the rain.” the freestyle-tinged dance ballad might have been ahead of it’s time as it only managed to reach #51 on the r&b chart. i love, love, love this video because gwen was letting the gurls know she was honoring her garage queer as roots.

by 1988, many of the gay men who followed gwen since her paradise garage days, were succumbing to the AIDS epidemic. in a effort to raise awareness, gwen released “can’t love you tonight” and donated all the proceeds to AIDS research. it was one of the first songs with the word “AIDS” sung.

paradise garage, the club that gwen and larry reigned supreme for years, shut it doors in october 1987 – another tragedy of the AIDS epidemic. gwen released her final album in 1990. larry levan died in 1992. at the young age of 48, gwen died of uterine cancer in february 3, 1999.

it has been over two decades since gwen’s death. we remember and honor her contributions to the queer dance genre and the musical memories that continue to carry black and latinx queer folks who survived the plague while dancing and singing along to the queen of paradise garage, gwen guthrie.