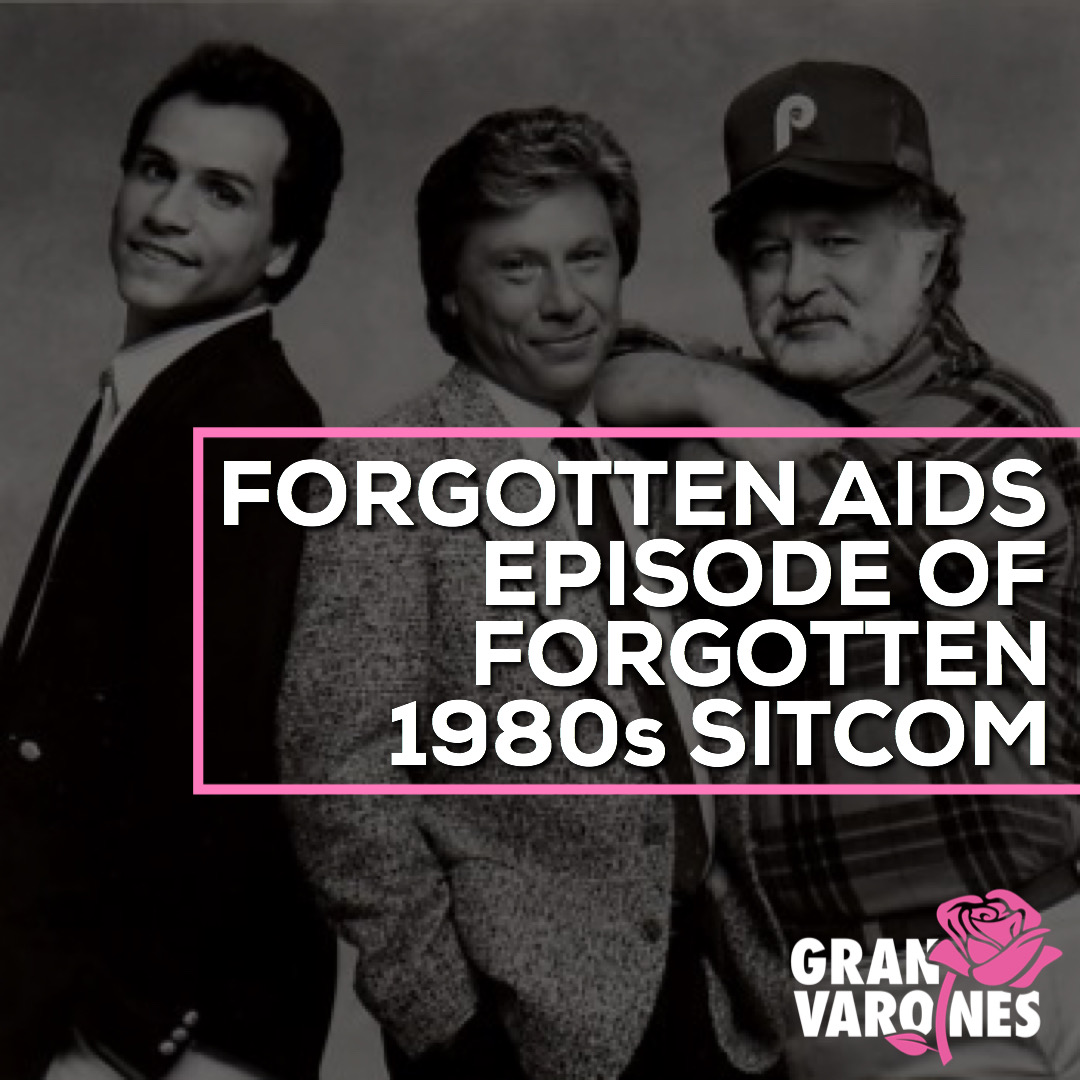 in the fall of 1989, i was a 12 year-old fem as fuck youth who hungered for any queer representation on tv when i discovered the groundbreaking sitcom, “brothers.” the show, which was the first weekly sitcom on cable, had just ended it’s five-year run showtime and was now finding life in syndication.

on the surface, the show’s premise about three brothers who couldn’t be any more from different from each other, was typical. what separated “brothers” from other sitcoms at the time, was that one of the brothers, cliff, was gay and had an extremely flamboyant gay best friend named donald. while the show wasn’t the first sitcom to feature a gay character, that distinction goes to the short-lived 1972 sitcom “the corner bar”, “brothers” was the first to have both lead and secondary gay characters. something that we now take for granted. but in 1984, this was pretty revolutionary, especially during a time when anything gay was equated to AIDS, death and perversion.

“brothers” premiered as cable’s first weekly sitcom on showtime on july 13, 1984. the first season centered around the youngest brother, cliff’s coming out and his older brothers joe, a former professional football player and lou, the macho construction worker, struggle to support cliff.

of course, because my family didn’t have cable, i didn’t know this show existed until its syndication run on philly 57 in philadelphia. the station would later become the UPN channel and then the CW.

anywho, it took just one episode for me to be hooked. it was unlike anything my younger-self had even seen. i watched the show religiously. i idolized donald so much and his unapologetic approach to existing. he smart, funny as hell, had style and fem as fuck. looking back, i now understand that part of my connecting with donald and for the entire show for that matter, was that the queer characters were fully developed. they were not just limited to the side-kick or just the comic relief. although, donald was the breakout star of the show.

one of my favorite episodes of “brothers” is a season two episode entitled, “the stranger.” in the episode, joe learns that his former football teammate, bubba (played by late james avery of “the fresh prince of bel-air” fame), has AIDS. joe struggles with the news while cliff shuts down. this leaves donald to cut through the fear, trauma and pain by providing support and factual information.

In this first clip, bubba returns to philadelphia to visit joe. after learning of bubba’s retirement, joe is baffled and wants to know what is going on with his best friend. you will notice at the start of the clip that bubba is afraid to hug joe.

“the stranger” premiered on oct. 23, 1985. by this time, hiv infections tripled from the year before and claimed over 8,000 people just that year. this episode was written to help educate the masses. in this clip, bubba discloses and joe is left stunned. cliff is visually shaken that AIDS has made it’s way closer to his world.

what makes this episode so powerful is that communicates the fear of loving each other that gay men, even in this day and age, still have about loving other gay men. cliff so painfully states, “how do you deal with the fact that terror is a real thing and that death comes from loving. And the only kind of loving that you want.” donald quickly reminds cliff that AIDS does not come from loving. Even in 1985, while gay men were fighting to live, we were being socialized to believe that our kind of love is dangerous and risky.

cliff: aids has been this boogieman in my closet for the past year and it’s calling me back in. in this clip, donald, whom i absolutely loved, provided me my first lesson on hiv stigma and the government’s intentional disgraceful response.

the final scene, even 33 years later, still makes me crumble. there was no HIV treatment in 1985. hell, the virus was identified just a year before the airing of this episode. the hatred of people living with AIDS, fueled by homophobia and by the government’s disgraceful inaction, was just beginning to peak.

sadly, this episode is never given the same celebration that is given to the “designing women” AIDS 1987 episode, “killing all the right ones.” remarkably, “brothers” is seldom ever mentioned whenever people talk or write about the history of AIDS and/or queer representation on TV. this show is not even mentioned on wikipedia’s list of HIV positive TV characters.

“brothers” was ahead their time. in many ways, it was the pre-curser to “will & grace” and in it’s short time, “brothers” still managed to address the stigma of AIDS and the loneliness and fear it creates in our communities.

i am still hoping that showtime releases the entire series on dvd. until then, i will keep speaking of a show that marked me for life.