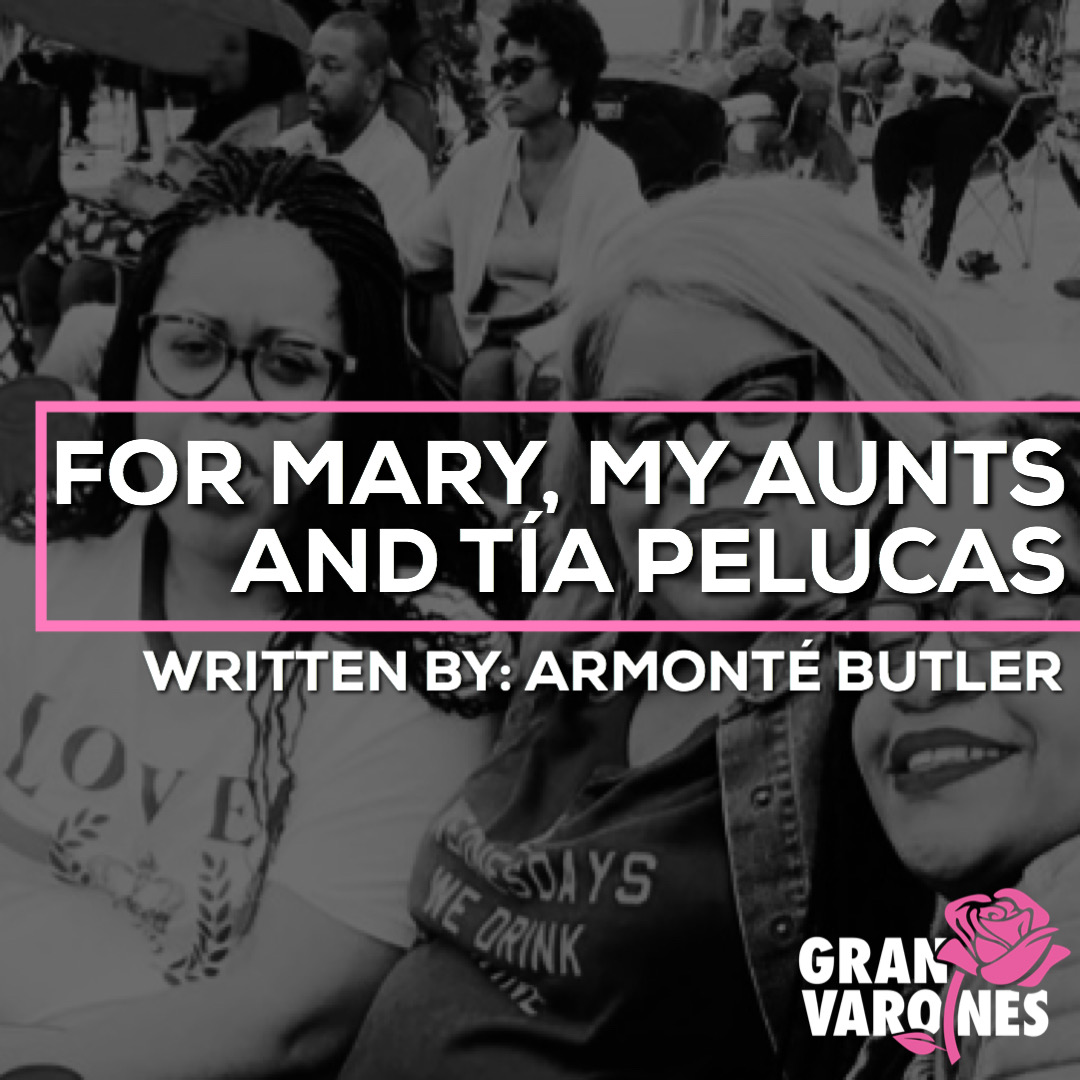 While catching up with Mary recently, I couldn’t help notice that she changed most of her social media profile pictures to one with her wearing a white bob wig. I initially thought it was for drag or a nod to Pride Month, but she informed me that she was paying homage to “Tía Pelucas,” (Auntie Wigs) or Estefanía Larios from the Mexican children’s telenovela “Carita de Ángel (Angel Face).” After a quick search of Tía Pelucas, I was determined to watch the show and learn more. Produced by Nicandro Díaz González for Televisa, “Carita” is a remake of the telenovela Papa Corazon, which also was adapted for Mundo de juguete. The series follows Dulce Maria, a 5-year-old girl full of joy.

After the death of her mother, Luciano Larios (her father) sinks into depression and lives abroad for a few years, leaving his daughter and loved ones behind. Dulce Maria enrolls in a Catholic boarding school for girls called “Reina de America” (Queen of America) to be taken care of by the nuns and her uncle Gabriel, who is a priest.

AAunt Estefanía, who Dulce calls Tía Pelucas because of her colorful wigs, is the only relative that visits Dulce at the boarding school. Although the show wouldn’t be categorized as “queer,”, I couldn’t help but think about what Tía Pelucas, her colorful wigs, and the role that family plays in supporting LGBTQ+ people thrive and live outloud.

Tía Pelucas reminded me of my aunts and uncles that continue to affirm me through their actions, check-ins, and sayings such as “I see you. It’s ok to be you.” and “If you like it, I love it.” Phrases like these have shown me and other LGBTQ people which relatives are a safe space to discuss navigating life, relationships, or seek support.

Shows like Carita de Angel remind me of two things: 1. The importance of family support; and 2. the full spectrum of queerness which is sometimes figures, people, or things that might be seen as “camp” or “out of the ordinary,” which support the normalization of queerness in general and serve as symbols of “I see you.”

Recognizing that the show was released 20 years ago, “Tía Pelucas” continues to furthers the spectrum of queerness, out of the ordinary, which normalizes queerness in general.