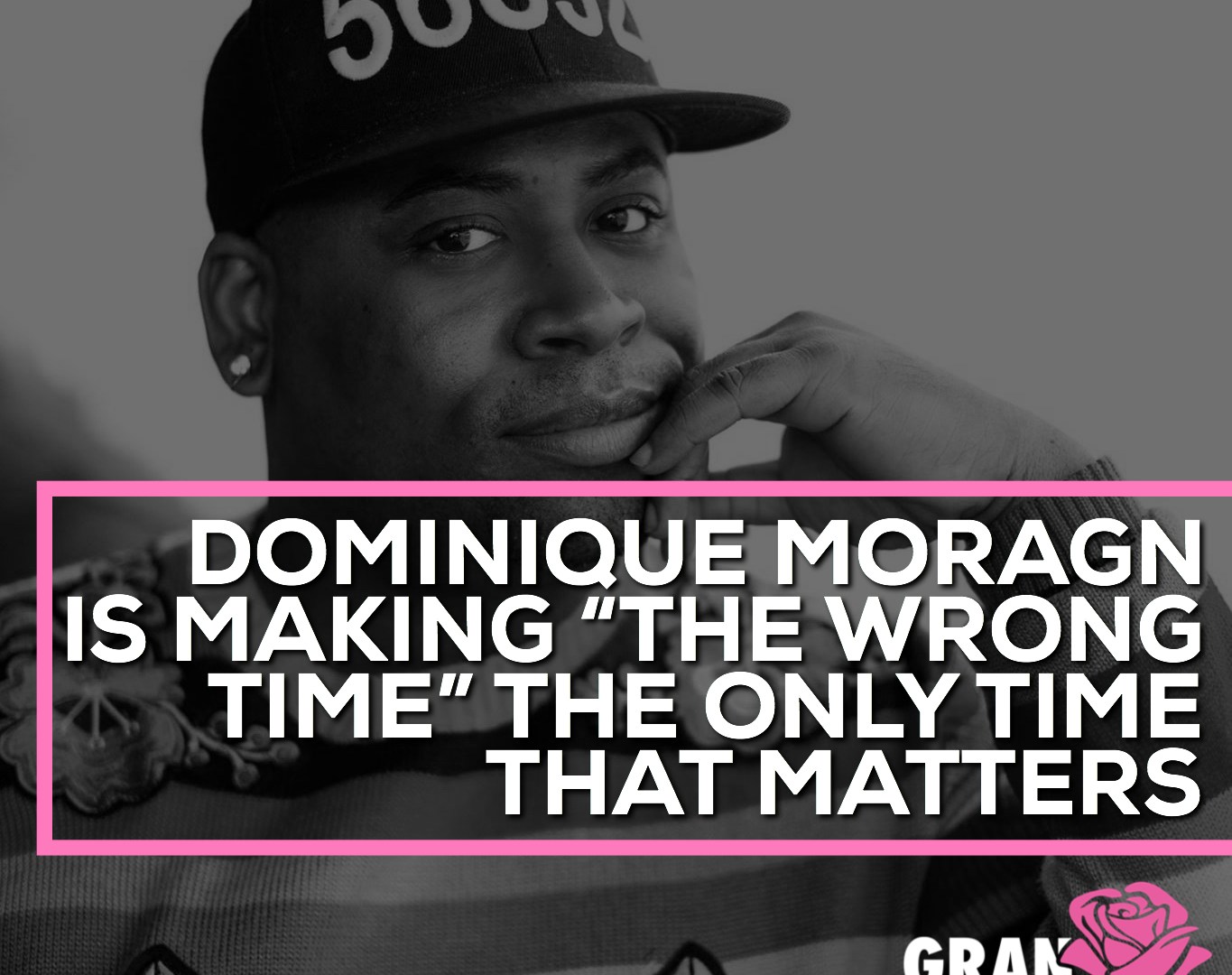 The past weekend has been one of redemption, affirmation and celebration for Omaha, Nebraska’s own Dominique Morgan.

11 years ago to the date that Dominique walked out of the Tecumseh State Correctional Institution where they spent 18 dehumanizing months in solitary confinement, Dominique was cutting the ribbon at the opening of the Lydon House. A program of Black and Pink, the largest prison abolitionist organization serving LGBTQ+ people and people living with HIV/AIDS who currently and formerly incarcerated, the Lydon House is the first of it’s kind providing housing for LGBTQ+ people who are formerly incarcerated in the United States. Dominique, who serves as Black and Pink’s Director says, “This is about providing people who are system impacted and who are experiencing re-entry with a love, support and affirmation that allows them to move past surviving and into thriving.”

“When I walked out of the Nebraska Department of Corrections, I had nothing but a bag of cassettes of songs that I wrote as survival tactic to save my mind and spirit.” It is this kind of testimony that has made Dominique one of the nation’s most renowned social justice activists. Chyle, Dominique even has their own TedTalk. Legend, I tell you, LEGEND! But now with the recent release of their new single, Domonique is ready to make R&B just a little bit more queer.

Two days before the historic Lydon House ribbon cutting, Dominique released their new single, “Wrong Time.” The acoustic guitar driven soul ballad is a beautiful melodic throwback to the 90s. I chatted with Dominique about their new single and all things music.

Gran Varones: Where did you grow up and what was that like?

GV: What do you hope people take away from your music?

I guess that comes down to solidarity.

GV: As we just welcomed a new decade, where do you see or envision your music going this year?

Dominique: Early on I found myself doing what everyone told me I should do. My songs, packaging and even collaborations. Now I’m funding my own projects, started my own label and I’m taking control.

I want to hold tight to R&B as a craft. Harmonies, lyrics and key changes. I’m blessed to do work that takes me aces so the country and I haven’t maximized that access for my music as of yet so that is a must.

I just want to fall in love with making music again. I’m definitely feeling like I’m on the right path.

GV: When did you realize you were interested in making music?

Dominique: I had a Teddy Ruxpin when I was 7 and I would play my Rhythm National tape in these over and over. I’d start redoing Janet’s words or harmonize.

It was a wrap from there!

GV: How has pop culture/some of your fave artists shaped you as an artist?

Dominique: The art of singing audaciously is all Whitney. The hunger for harmonies that make you listen to a song 6 times over to understand what is happening- Brandy. Writing a song that fits you like a glove – Mariah. I literally pull from these women every day. You can hear it in everything I do.

GV: Whew, the taste is iconic as you are! Who are some of your fave artists?

Dominique: Outside of the ladies listed above – I love SWV, Deborah Cox and The Clark Sisters. Fantasia feeds my soul without question. Throw in some Faith Evans and I’m good to go baby!

GV: Were there black queer artists who inspired you?

Dominique: Honestly the most influential Black Queer artist in my life has been DDM. I remember googling “Gay” musicians back in 2011 and finding his magazine covers and being gagged that someone who I connected to on so many levels was killing it like that. I was blessed to meet him and now call him a friend. I still look at his moves  and get inspired.

GV: What artists inspired you as a queer person

Dominique: This may be redundant but Whitney was it. She had me in drag before I knew what drag was! I had turned the beads that hung over the door jam (80’s baby reference) to my curtain very “I Have Nothing” Vibes. People don’t respect the how theatrical Whitney was. Legendary. Period.

GV: What inspired this song? Is this something you experience first hand?

Dominique: If you listen to my music you can know when I was in love and when I wanted to cut my partners tires. I’ve realized since my divorce that my own toxic behaviors positioned me to find/adopt/try to raise men who weren’t ready for me. And I realized that I’m not a bad person – they aren’t a bad person – we just found each other at the wrong time.

This was initially a solo (also that will be on the full album) and then I thought about Black Queer love and the absence of our truth in music. E Rawq agreed to come in and we played with the record and we competed it in about 5 hours.

This song allows us to take accountability while also giving each other grace in love. It felt very appropriate to have this as the first single and drop it on Valentine’s Day.