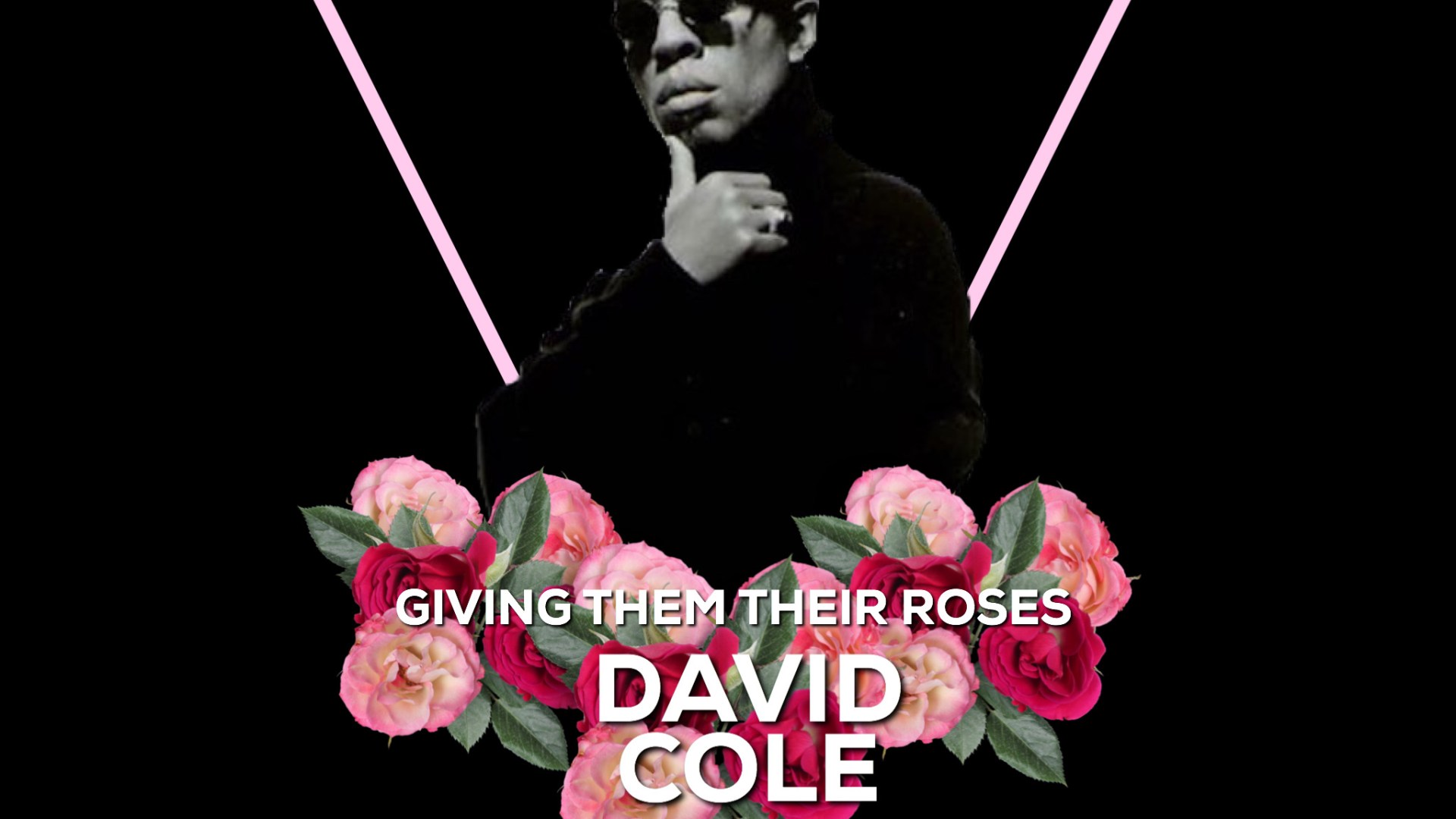 in the late 1980’s and early 1990’s, david cole, one half of c&c music factory, wrote and produced some of dance music’s biggest pop hits. today we celebrate his life and his musical legacy.

david was a brilliant piano player who got his start remixing songs as he was DJing in night clubs in NYC in 1985. it was during this time that david met his future musical partner, fellow DJ robert clivillés. together, with the musical genius of david, the duo would go on to write and produce hit songs across all genres. it was their partnership that gave us the girl-group bops, “because of you” (the cover girls) and “two to make it right” (seduction).

after writing and producing for other artists (chaka khan and grace jones), cole and clivilles signed to columbia records and formed c&c music factory. along with rapper freedom williams, singer zelma davis and along with vocals from martha wash, c&c music factory scored a monstrous hit with the jock-jam genre creating, “gonna make you sweat (everybody dance now!)” on the week of february 9, 1991, “sweat” peaked at #1 on the hot 100 and pushed c&c’s debut album into multi-platinum status.

by the summer of 1991, david’s song writing and production could be heard all over the radio. one of the songs included mariah carey’s now classic, “emotions.” co-written with mariah, “emotions” topped the pop, r&b and dance charts. david and mariah forged a musical bond and collaborated on several songs and remixes. david can be seen masterfully playing the piano on mariah carey’s mtv unplugged performance.

[fun fact: the first time i stepped foot into a gay club was in the summer of 1993 and the songs that was playing as i walked in was the c&c music factory remix of Taylor dayne’s cover of barry white’s 1974 hit “can’t get enough of your love.” i immediately ran to the dance floor and felt a kind of freedom that i had never experienced.]

over the next few years, david continued to be high demand and produced hits for pop icons whitney houston, aretha franklin, michael jackson and donna summer. sadly, just as donna reached the top spot on the dance chart with c&c written and produced, “melody of love”, david died of complication of spinal meningitis brought on by hiv on january 24, 1995. david was just 32 years old.

in 1995, mariah carey co-wrote “one sweet day” with boyz II men with her friend david in mind. released as the second single from her fifth studio album “daydream”, the song debuted at #1 on the hot 100 the day after world AIDS day on fon december 2, 1995. the song remained atop of the hot 100 for a historic 16 weeks becoming one of her and boyz II men’s most commercially successful singles.

in a 2018 pitchfork interview, mariah spoked about her friend David:

“he was one of the only people i used to have in the studio when I would sing because i respected him as a singer. he would push me in different areas where he could actually sing it to me and I would be like, “oh, this is cool. i like that.” if you listen to the song “emotions,” that was him going, “you can do that. try this.” half the time, i would lose my voice afterwards because he would just push me.”

i remember watching mtv when the news of david’s death broke. the realization that fame and talent could not and did not protect the young and talented artists that soundtracked my life completely knocked the wind out of me. even now as an adult, i am still saddened by the loss of such a brilliant artist.

david cole, in his all too brief time on this planet, blessed us with a catalog of music that has and will continue to inspire generations.

rest well, david. may you forever dance in peace!