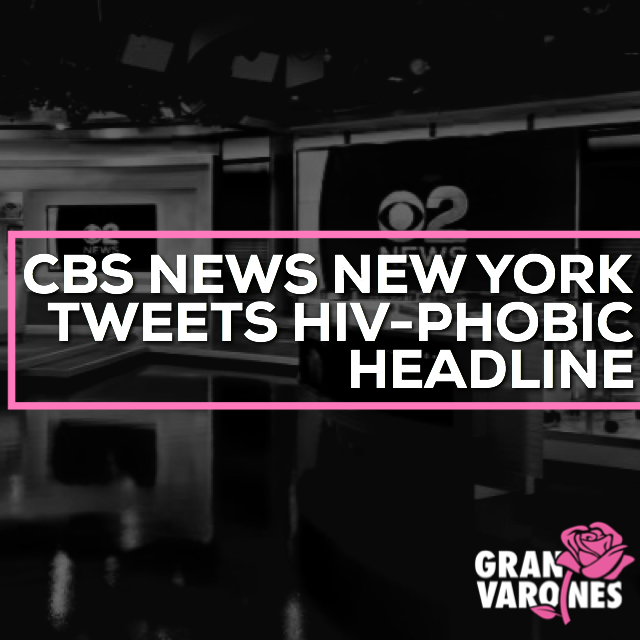 on this 8th day of the new decade that is 2020, cbs news New York tweeted a headline, in all caps i might add, that read in: “RELEASED AFTER HIV ATTACK: A judge has let a suspect back onto the streets after police at LaGuardia say the attacker spit into an officer’s mouth knowing they had HIV — sparking more outrage at another bail reform controversy.”

the trash ass tweet was deleted and then replaced with what I am assuming what CBS thought was less stigmatizing. the new headline replaced “HIV ATTACK” was replaced with “SPITTING ATTACK” – again in all caps. but with the rest of the headline unchanged, it still INTENTIONALLY reinforces two dangerous myths:

1. that HIV is transmitted via saliva or spit and

2. that people living with HIV are a danger to society and are purposely out to “infect” everyone.

last november, the new york city department of health and mental hygiene released their HIV surveillance report, 2018 showing that 2018 marked the lowest recorded HIV infections in the city since 2001. the report also highlighted that 87 percent of people living with HIV who were in care were virally suppressed. why is this important to highlight? well, because people living with HIV who are virally suppressed CANNOT transmit HIV to others through sex. so not only are both tweets by CBS New York stigma-based but the are scientifically INCORRECT.

these tweets, which high-key scream “blue lives matter!”, are a reminder that the HIV stigma, which was essentially created and introduced to the masses by major news outlets at the onset of the epidemic 40 years ago, continues. at the risk of sounding annoying, stay woke! and challenge every news media outlet that continues to productive reductive (hey madonna!) and HIV-phobic headlines and stories.