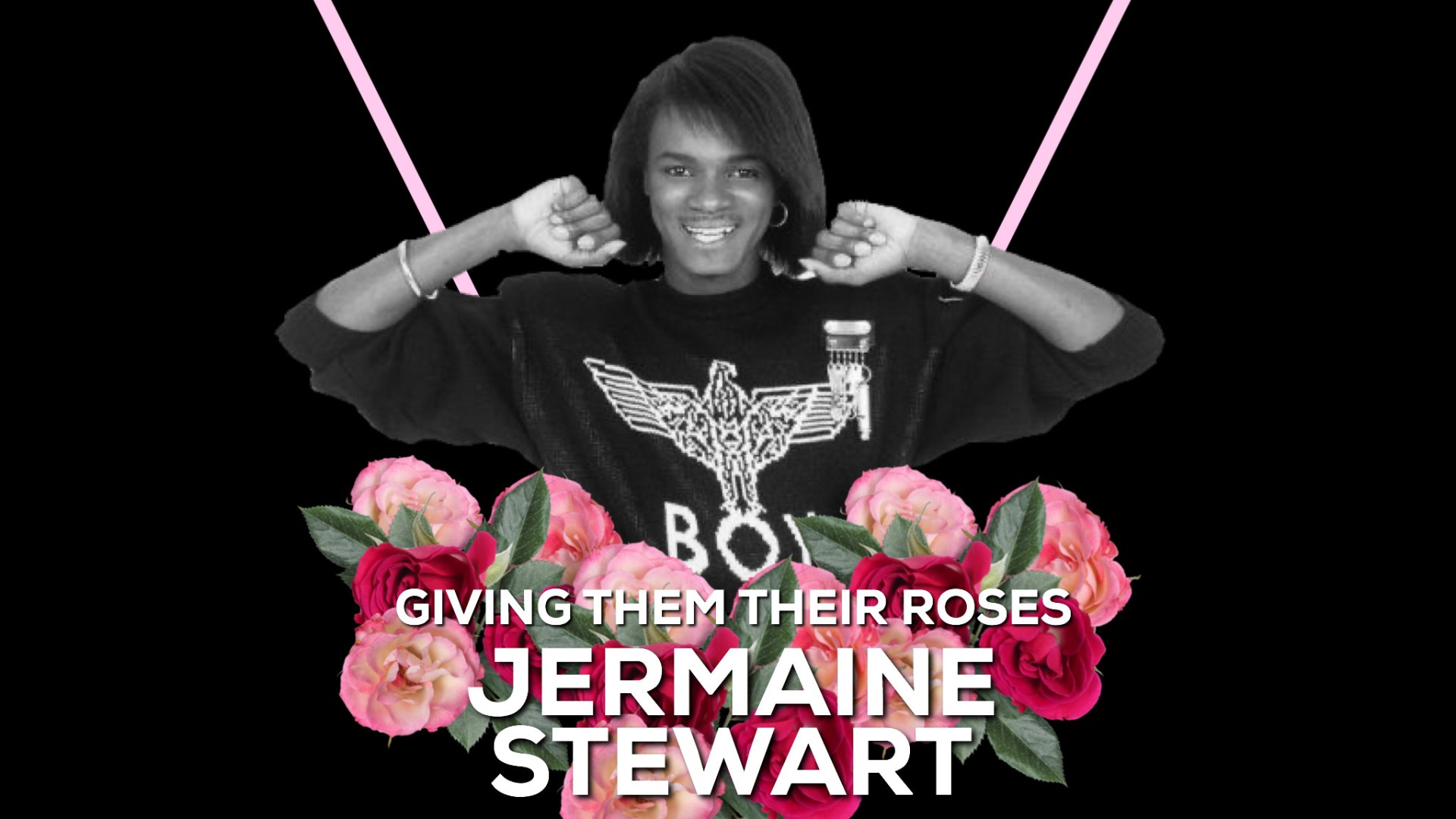 born on september 7, 1957, in columbia, ohio, jermaine, who was already a budding entertainer, got his first taste of fame when became a soul dancer after his family moved to chicago in 1972. jermaine became a local celebrity and when the show relocated to los angeles, jermaine, along with friend, jody watley followed.

by 1979, jody was scoring hits as part of the r&b group, shalamar. jermaine joined the group on tour as a background dancer and singer.

a chance meeting with boy george of culture club in 1983, not only resulted in jermaine providing backing vocals on the group’s top 10 hit, “miss me blind”, but the group financed jermaine’s demo that eventually landed him a deal with arista records

his debut single, the cheeky, “the word is out”, was released in 1984 and became a hit on the club circuit. it wasn’t until two years later with the release of his sophomore album, “frantic romantic”, that jermaine scored his biggest hit.

released in 1986, “we don’t have to take our clothes off” was touted by some as an “abstinence only” theme during a time when the country’s panic around hiv dominated prevention messaging. the song became a worldwide hit reaching top 5 in the united states, uk, germany and canada.

jermaine’s follow-up singles failed to match the success of “clothes” but jermaine was able to bounce back in 1988, when “say it again”, (still one of my fave pop songs of all time), peaked at #27 on the hot 100 and top 10 around the world. it was his last major hit before fading from the music scene in 1991.

on march 17, 1997, jermaine died of complications caused by HIV. he was just 39 years old. his burial site was left without a tombstone (it didn’t even have a grave marker) for over 17 years. jermaine finally received tombstone in 2014 after it was anonymously paid for by a fan.

jermaine, we remember you.