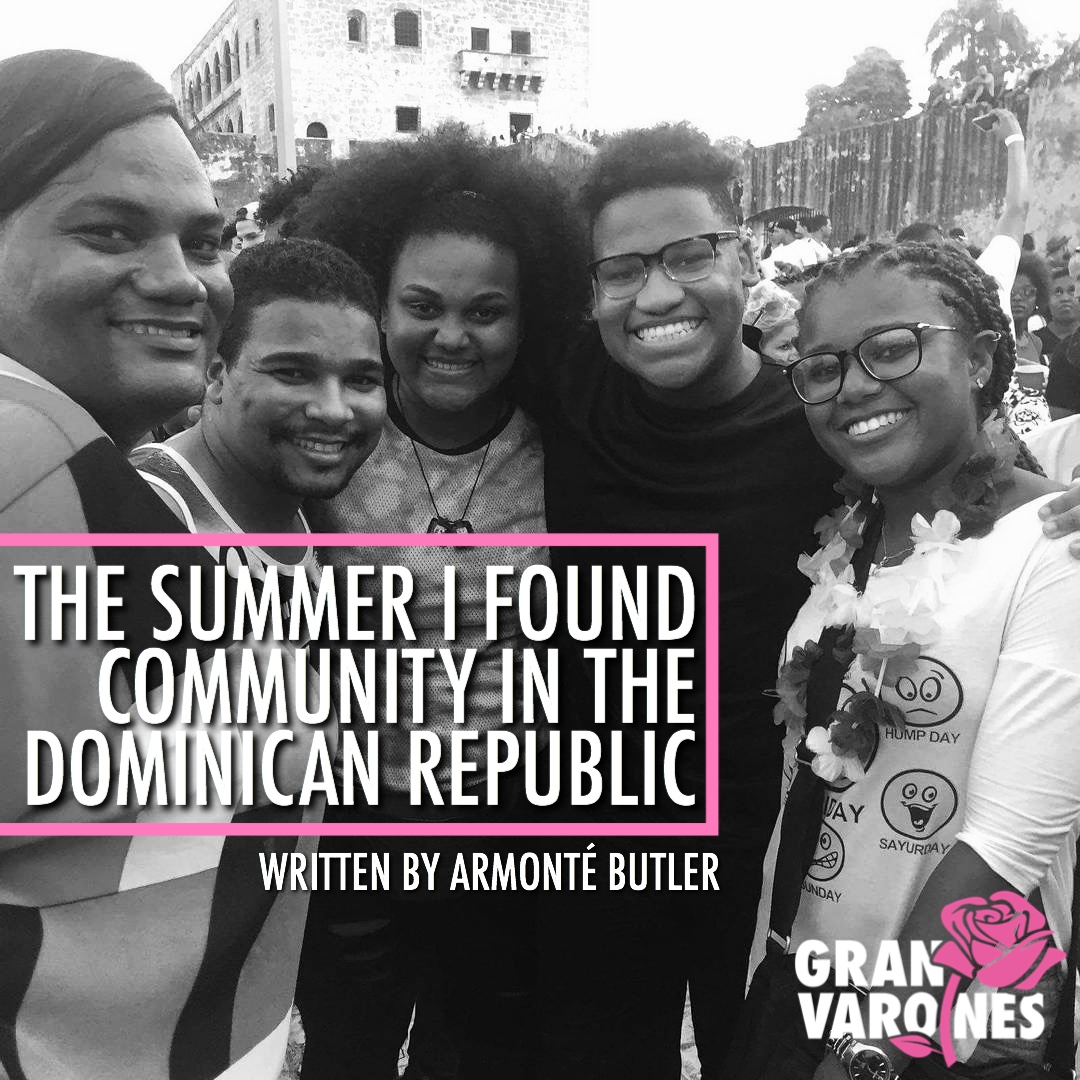 Growing up, from time to time my dad would mention our West Indian, emphasizing the blackness of the term in contrast to Caribbean, roots. Because of these stories, I always wanted to travel and learn more about the region. After a professor mentioned that my school offered students grants to conduct research projects outside of the U.S. I knew two things: 1) I wanted to research something queer and 2) I wanted to do it in a Spanish-speaking country where folks looked like me.

Scrolling the internet, I came across a few articles about stigma, discrimination, healthcare, and HIV. One article from July 2015 stuck with me. It was entitled “Dominican HIV/AIDS Groups Work to End Stigma” published in the Washington Blade, DC’s LGBTQ magazine.

In 2016, as I was ready to apply for the grant, I emailed a few groups in DR in hopes of building a partnership. I checked my email daily and when I hadn’t heard back, I decided to tweet the author of the article. He responded and connected me to a few organizations. And what felt like the blink of an eye, I was in DR collecting stories about the methods leaders of LGBTQ and HIV organizations are using to combat stigma and discrimination faced by LGBTQ people and individuals living with HIV.

The groups I worked and learned from, combatted stigma in unique ways. While one organization hosted community LGBTQ-inclusive film screenings and advertised events on conservative radio stations to normalize the lives and experiences of LGBTQ people, another organization hosted LGBTQ policy sessions with leaders and hosted live sex ed 101 sessions at parks and recreation centers. The sessions went beyond passing out condoms, audiences were also informed about different genders, expressions and sexualities.

I was able to be of service to the organizations by translating documents, writing grants, and supporting their efforts during Pride. In return, they gave me a a community I longed for and a renewed sense of pride in all of my identities.