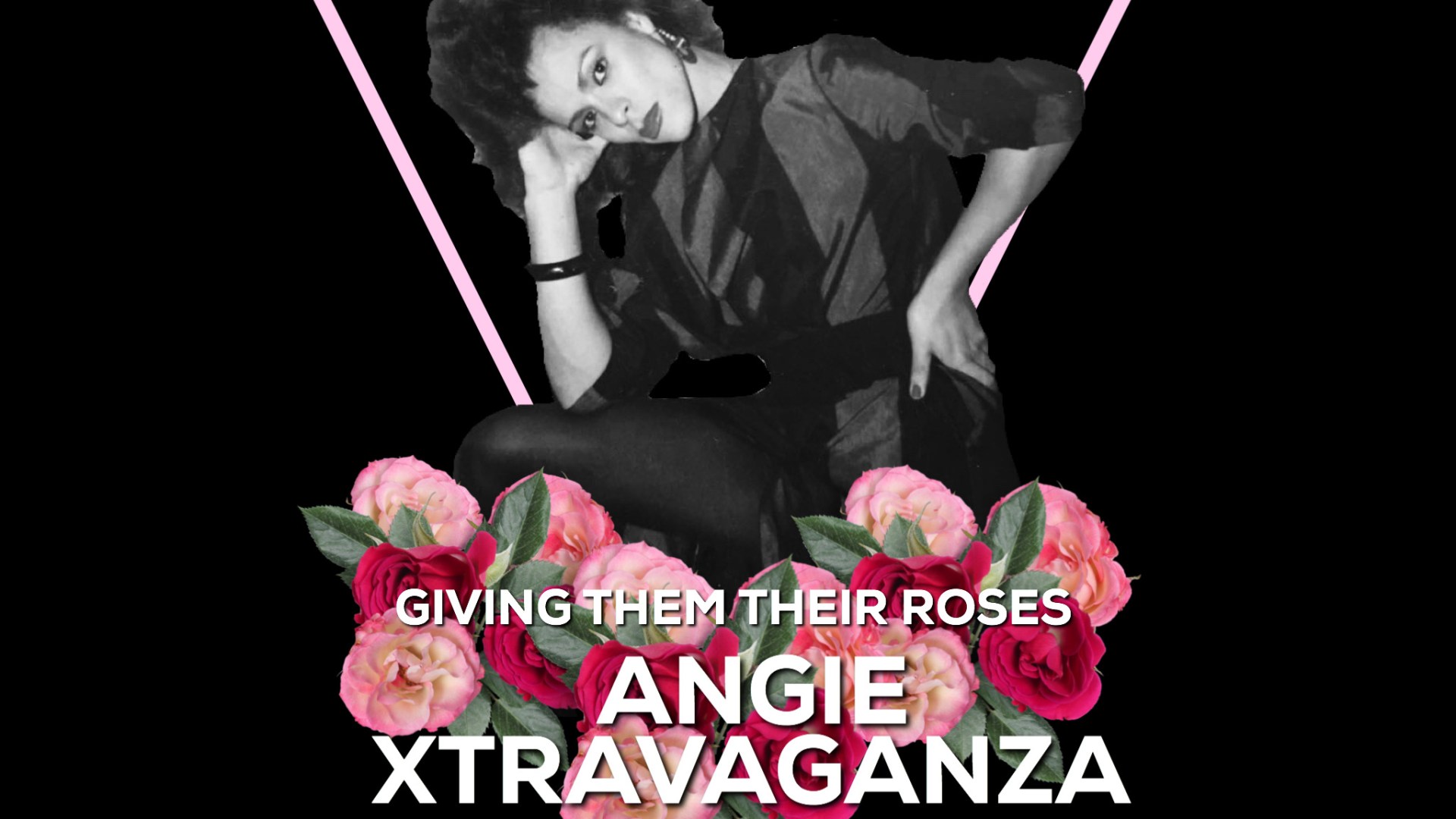 “I’m your mother,” she said. It was a promise and defiant declaration to her kids that they would feel orphaned in a world where AIDS, violence, poverty, and homophobia would surely attempt to steal their magic. It was the early 1980’s, pre-gentrified New York, years before “transgender” and “gender non-conforming” were part of our everyday vocabulary. Back when the binary lied and told us that we were either gay or a drag queen. But Angie, was a goddess. She was a mother.

Raised in the Bronx, Angie Xtravaganza, at age 13, walked away from a violent home and directly into the vision of herself. Some say that we seek justice in the same places where it was carved out from us. This is how Angie lived her life – building an empire on top of ruins.

Angie Xtravaganza, was a founding member of the Legendary House of Xtravaganza. Her fierce leadership is credited for the swift rise of Latinxs in the ballroom in the early 1980’s. The House garnered mainstream recognition when Angie was featured in the 1990 documentary film “Paris Is Burning.”

As a young teen, I remember hearing other young Latino gay boys talk about the House of Xtravaganza. “Loca, if I was in that house, these faggots would not be able to take me.” Of course, there were also the ones who would outright say, “I was just voted into the House.” I knew that they were just speaking dreams but it was clear that the New York-based House had connected with the Latinx gay boys in North Philadelphia. Everyone wanted Angie to be their mother.

When founding Father Hector Xtravaganza died from complications of AIDS in 1985 soon after the house was established, it was Angie’s love and her “I’m your mother” approach to healing that kept the House of Xtravaganza on course to become legendary. When her daughter Venus Xtravaganza was found murdered in 1988 at the age of 23, it was Angie’s ruthless commitment to her vision of family that kept the House together in a world that would have taken pleasure in watching them fall apart. She was a fighter. She herself would say, “Don’t let the dress fool you!” She was a warrior mother who loved her kids through every battle.

In 1991, when Angie was diagnosed with HIV, over 100,000 Americans had already succumbed to the epidemic. Those who survived were often reminded of the odds against them. Mother Angie had lived a life of battling against every odd – HIV would be no exception. Her will to be a mother was just simply stronger.

Iconic Mother Angie Xtravaganza died on March 31,1993 at the tender age of 28. Her loss was felt throughout the ballroom community. Three weeks after her death, the New York Times printed a picture of Angie with the headline, “Paris has Burned” in the Style Section.

In the 1993 article “Slap of Love” penned by Pulitzer Prize winning author Michael Cunningham, Frank Xtravaganza shared that Angie, weeks before her death, took him out to dance his heartbreak away at Sound Factory Bar. “A drag mother will not only buck you up when you’re feeling rejected. Unlike most other mothers, a drag mother will spray her wig and take you out herself.”

We echo the powerful words of Karl Xtravaganza, “In many ways, the continuing existence of the House of Xtravaganza is a living tribute to her vision. She is the bravest woman I’ve ever known.”