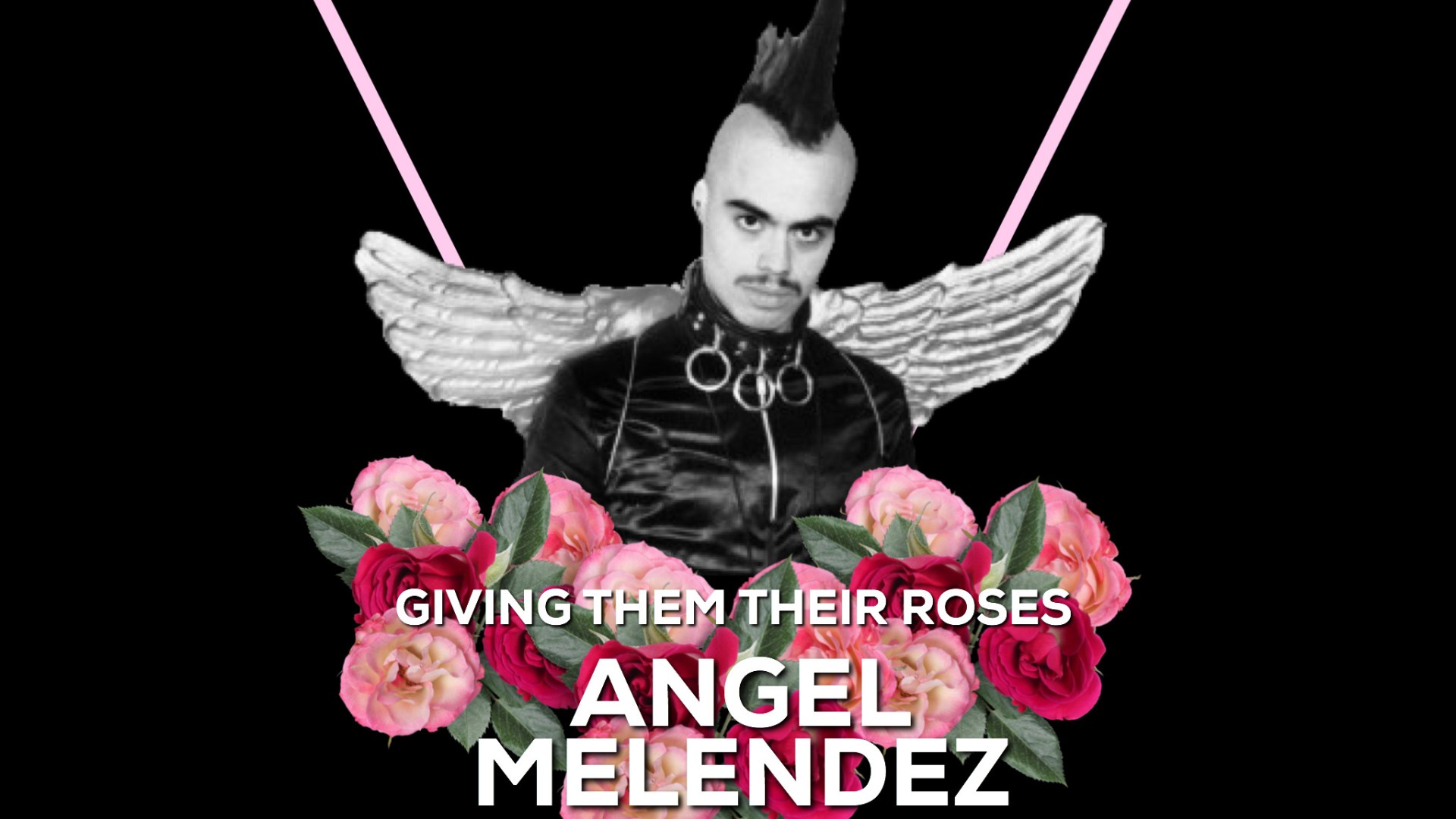 in the late 1980’s and well into the mid-90’s, new york’s night life was dominated by misfits who were dubbed “club kids.” dressed in colorful and outrageous costumes, “club kids” were the main attraction for the now closed but once iconic epicenter of club kid culture, the limelight.

located on the avenue of the americas at west 20th street, the limelight played a significant role in the rise and fall of club kid culture. it not only provided a space for young people, primarily white party goers, who were considered weird by the mainstream but it redefined new york night life in the midst of the AIDS crisis. during it’s its peak, limelight and club kids created a world that was both reckless and the beautiful revenge of every kid who was teased and bullied for being different.

one young person who was left in awe by the culture was andre “angel” melendez. born in colombia and immigrated to new york with his mother and brother when he was eight, andre learned to speak english in just one summer.

during his late teens, the once outgoing andre became isolated. afraid that he would be ostracized by his family because of his gay identity, andre went searching for a place to belong. he found that place when he walked in the limelight for the first time. it was there he discovered a world of fellow outcasts. however, he was seen as “outsider.” in an effort to make his way into this new found world, andre reinvent himself as “angel.”

dressed in all white with massive white wings across his back, angel walked into the limelight as if he had just ascended from the heavens. angel was now the person leaving others in complete awe. he was a glorious sight to behold.

angel quickly became a fixture in the scene. while his white counter parts were paid to promote parties and entertain party goers, angel was regulated to dealing drugs. this provided him access into the “elite” club kid circle, but he still treated as an outsider. this was evident during an appearance on the joan rivers show in the early 1990’s. while the white club kids were seated on the stage and interviewed, angel sat in the audience with his large wings.

by the beginning of 1996, the limelight was under investigation by the feds and because angel was known to deal drugs, he was barred from entering the club. other club kids began to shun him as well by pushing his out of the circle. i would mention their names but i am trying my gawd damn hardest not to center whiteness.

by late april 1996, rumors began to circulate throughout the club scene that angel was murdered by a two extremely popular white club kids. the person that fueled the rumors was one of the murderers who told and bragged to multiple people that he and a friend had killed angel. many people claimed that because of the gruesome details of the rumors, angel’s murder just had to be a hoax.

the rumor of angel’s murder soon appeared in a gossip column and even as a cover story on the village voice. yet, no one reported it to the police. no one was questioned. angel’s brother, johnny, began to plaster new york city with missing posters of his brother and pleaded with the police for help but to no avail.

on november 2, 1996, a cardboard box of human remains washed ashore in staten island. dental records were used to confirm that the remains were in fact of angel. only then were the very people that angel strived to be accepted by began to come forward about what they knew about the murder.

in 1997, angel’s murderers were convicted for manslaughter and served almost 20 years in prison. the limelight closed its doors the same year ending the mainstream fascination with club kids.

angel’s murder was chronicled in the 1999 james st. james memoir “Disco Bloodbath: A Fabulous but True Tale of Murder in Clubland,” later retitled “party monster.” in 2003, it was adapted into a motion picture of the same name starring wilson cruz as angel.

today, we speak andre “angel” melendez’s name. we hope that he is flying in the heavens that once ascended from.