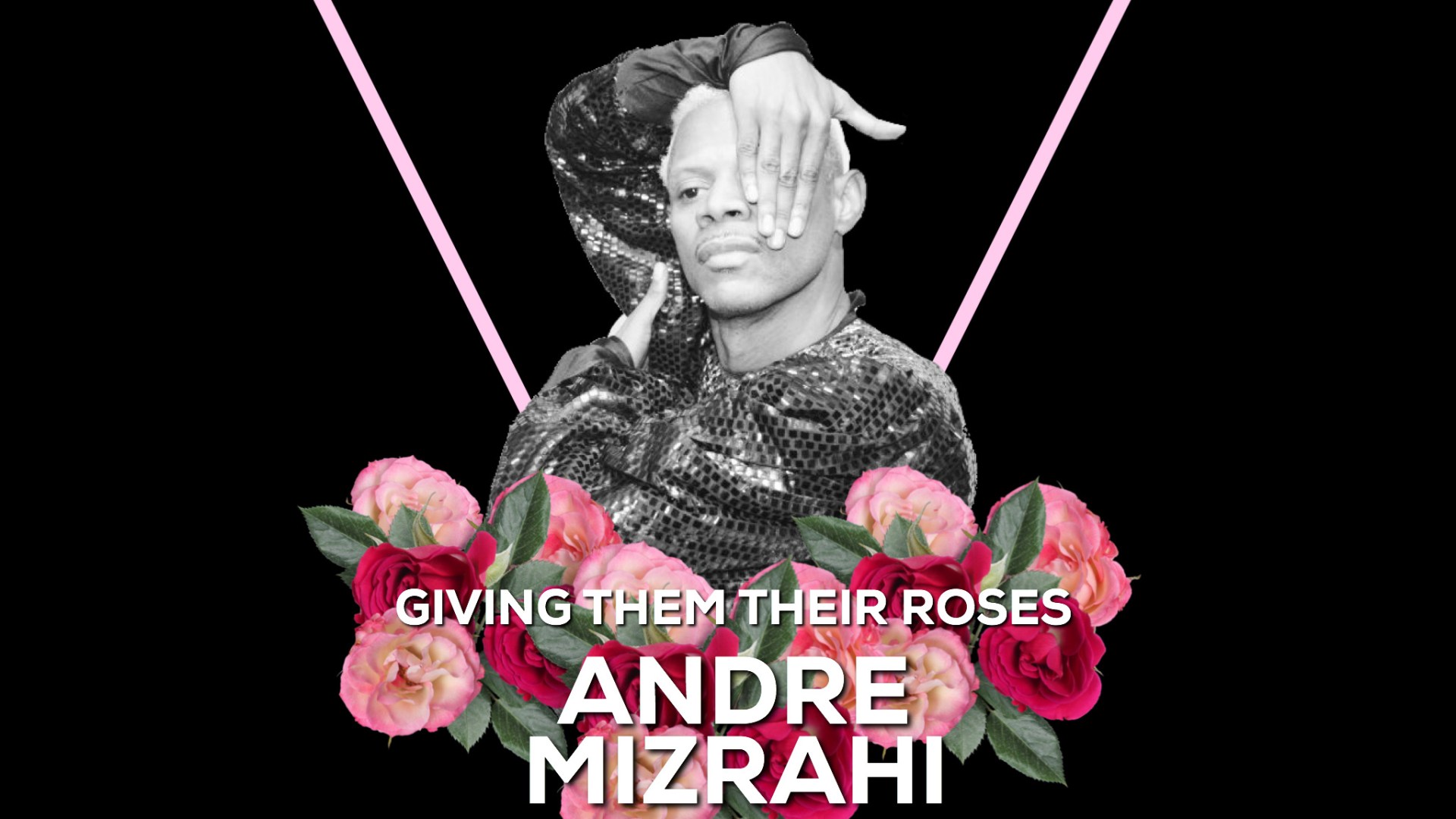 after madonna’s 1990 hit “vogue” brought the dance art of vogueing into the mainstream consciousness for a season, vogueing returned to the underground and continued to thrive in black and latinx queer and trans ballroom communities. there were glimpses of the art form in a few music videos throughout the 90’s but they always had a kind of “oh, look me striking pose! because anyone can do it” feel to them. this is what ballroom icon andre mizrahi was up against when he decided to take vogueing to the apollo theatre in new york.

known as the “toughest” crowd in the world, the apollo’s amateur audience did not play! i have watched episodes when young kids were booed off the stage. granted, the kids were off key as hell but ya get my point. to win the praise of the audience, you had to be good!

in 1999, andre mizrahi competed on showtime at the apollo’s amateur night portion of the show. there i was in my living room gagging than a butch queen was voguing to kevin aviance’s “din da da” on national television. he wasn’t a background dancer or part of an ensemble – it was just him there on the apollo stage voguing down! i remember fearing that he would get booed, not because he wasn’t great because he was the best but because he was voguing in that unapologetic queer way that i saw at balls, clubs and the youth groups i attended.

andre made it through his performance with rousing applause from the audience. when it came time for the audience to choose a winner, bih! andre won! it was the talk of ballroom community for years.

it has been 20 years since that historic performance. 10 years later, vogue revolution would follow in his footsteps and successfully compete on mtv’s america’s best dance crew.

in 2020, you can find voguing on several network tv shows. and this is beautiful. but in 1999, that was not the case. which is why we celebrate andre’s historic apollo amateur night win 20 years ago.