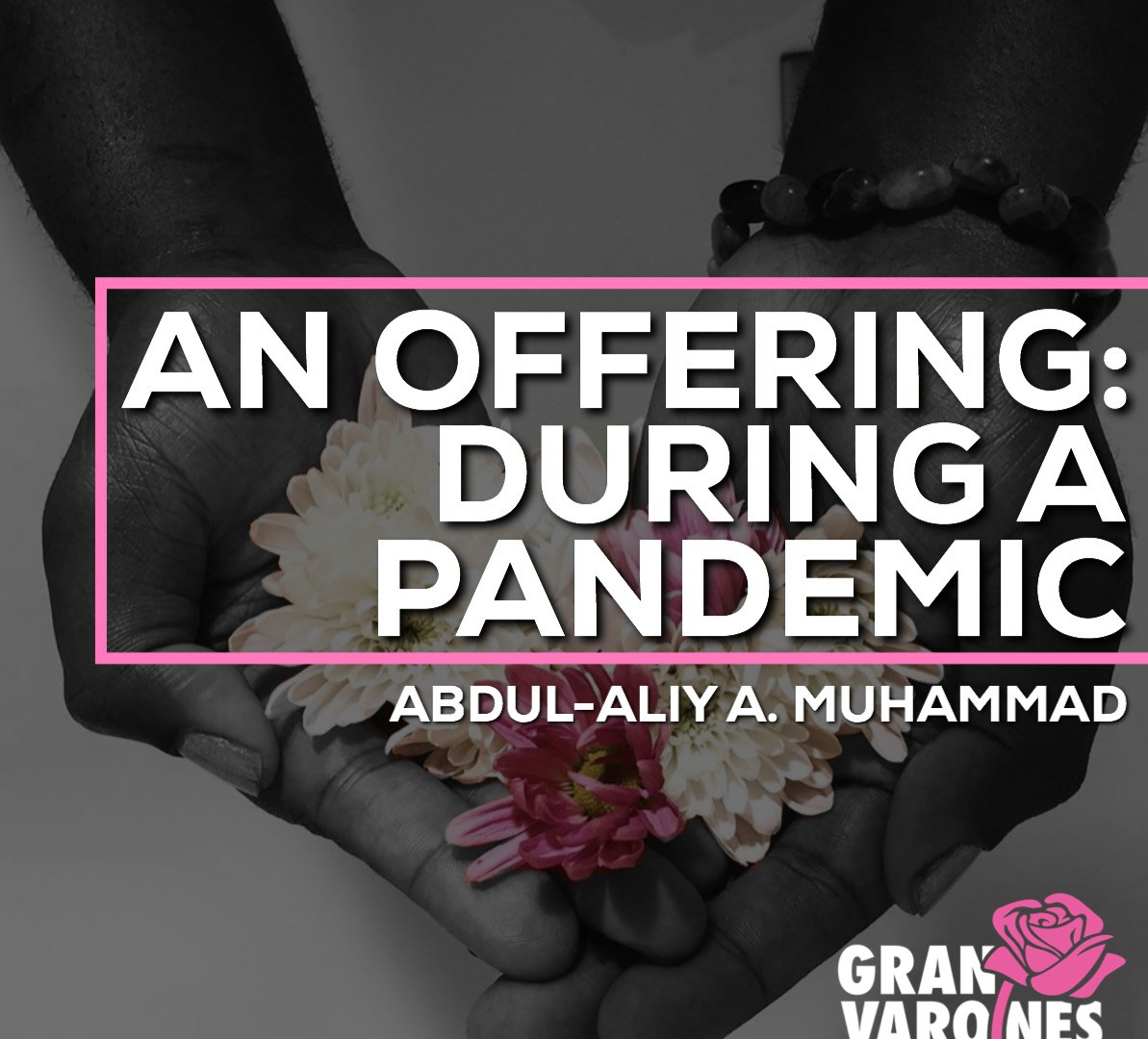 This is an offering, my offering to you and in giving this offering to you, I enrich myself. I am doing this because, as they say “time is of the essence” and because I come from a lineage that finds spiritual work in the giving of gifts. My mother and my maternal grandmother gave food as offering, feeding those they loved made them full. For me, currently, fullness looks like sharing the food of my thoughts. My mind has been racing, during this current moment, as I am sure so many of us can relate. Growing up in a world that doesn’t like Black people talking outwardly about how we are, made me fold into myself and convene with my shadow self. There I dreamt a lot and there I became used to silencing my voice. But there inside of us all, is a key to unlearning the socialization of quiet and the making of smallness from the weight of violence that comes from being seen.

I’ve been exploring the theory of radical transparency. I came to use this term after my HIV diagnosis.  Slowly I emerged from a place of restrictive secrecy, fully embracing who I am and who I’ve always been, there lurking in the shadows. I had some failed periods of disclosure and became deeply depressed, because the world suggests and imposes perfect disclosure when you’re HIV positive. To disclose means your good and to not disclose means you’re bad. There is no grace. At this moment, feeling deeply ashamed, I had some time to sit in silence. Sitting in silence made me remember the power of folding into myself, of looking at the deepest parts of me and coming to a place of reconciliation. Reminding myself that performing goodness is something that has imposed itself on me and that my duty or job in life is to augment my energetic offering and that happens through brutal honesty. That means that I don’t live at the behest of perfection. It was in those moments that I discovered the necessity of sharing.

Radical transparency is a term that I would learn was used before, to critique government and also discuss information technology but that isn’t what conjured for me. It meant the folding out of my shadow self, the banning of the dishonesty that comes when we curate our stories to be digestible to others. It meant that when asked how I was, I would respond forthright. Not sugarcoating anything, simply stating my day is bad, if indeed it was a bad day. In embracing this new practice I found that the anxiety of judgment was suspended, I found sanctuary in telling my truth unedited. Before I would never contend with my shadow, I would make it my burden. It was like holding the weight of the world while also carrying its shadow value. What I mean by shadow value is that when you think of the labor of carrying the world, there is that which is unaccounted for the work it takes to even stand. This compounds the burden we assume is ours. I’m here to tell you that it isn’t. Those projected debts we shoulder because we assume our very existence is a burden, isn’t ours, it belongs to the systems we find ourselves within.

I come to you with a full heart, giving this food, as is a custom in my lineage. Sharing my thoughts at the moment and wanting to be heard. I guess I’m here to tell you that the fruits are blessed, there is sanctity in the way you disrupt the world. I’m here to tell you that while there are penalties, in this world, for your Blackness and queerness, there is power in your profane. The way you rage, the way you tell the truth, isn’t for anyone else but it can heal the world. So, my offering is to show yourself onto yourself and therefore become free of the gazes that glance at and mock you. When you see your shadow, don’t run, sit still in it’s silence and beautiful magic will arise. Say this with me: “I am my own question, that I hold the answer to.”

A Note on attribution: When I discuss penalties for Blackness and the power of the profane, I take graciously from the language of my comrade and sibling Shani Akilah.

Abdul-Aliy A. Muhammad is a Black queer HIV positive organizer and writer from Philadelphia.