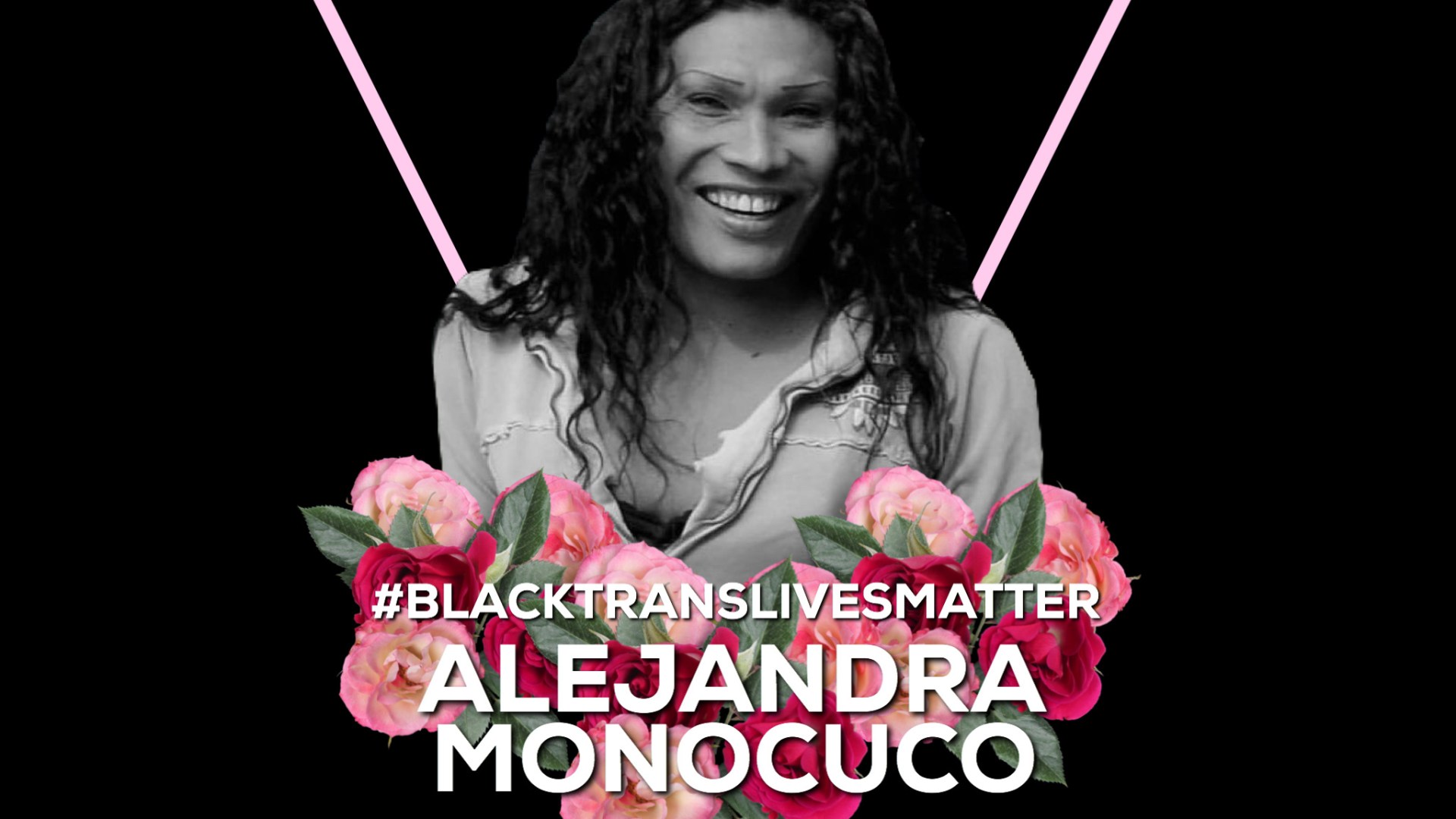 alejandra monocuco, we speak your name.

on may 29, 2020, alejandra monocuco, a black trans woman who lived in the santa fe neighborhood of bogotá, colombia, died after being denied necessary treatment from paramedics after they learned that she was HIV positive.

the bogotá secretary of health announced an investigation into the allegations will be conducted.

community members are demanding justice for alejandra and immediate action to address the increasing anti-trans violence trans women experienced during the country’s lockdown.

alejandra monocuco died because anti-blackness, transphobia and aidsphobia continue to be global pandemics.

we are raging and demand justice.

we speak her name, alejandra monocuco.