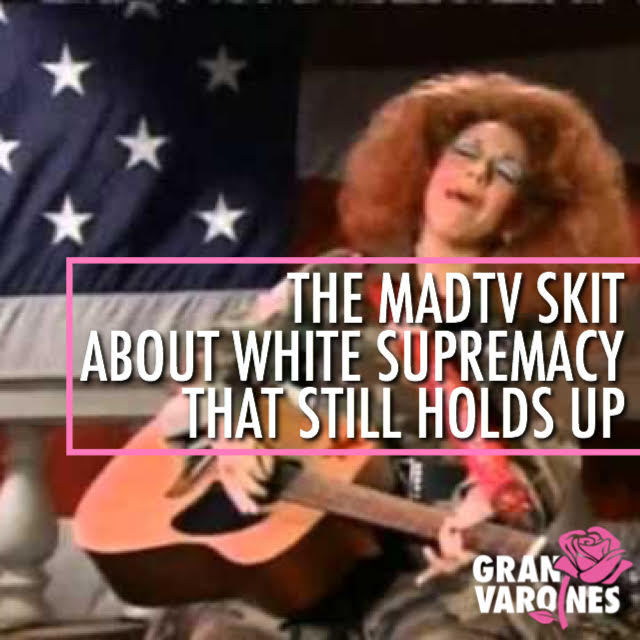 23 years ago, madtv, the sketch show that was billed as the “cooler” and “edgier” alternative to saturday night live, introduced the white supremacist country singing character darlene mcbride.

portrayed by the underrated comedic actress nicole sullivan, darlene mcbride sang songs about white nationalism and racism during the “take back america” skit.

i remember watching this skit for the first time when it premiered. i also remember laughing because it was was, at least at the time, an exaggeration of white nationalism. of course, over two decades later, it’s kind of frightening because just how prophetic darlene mcbride’s lyrics are:

take back america to when god was still alive.

madtv was either telling america about america or predicting the future. perhaps both. white nationalism and white supremacy ain’t new and it has never been a “secret.” and in a post 9/11, it was embraced at every level of american culture.

what makes this two decade old skit scary is that it is NOT an exaggeration, it is verbatim to what the country’s president tweets every gawd damn day that incite violence and white terrorism.