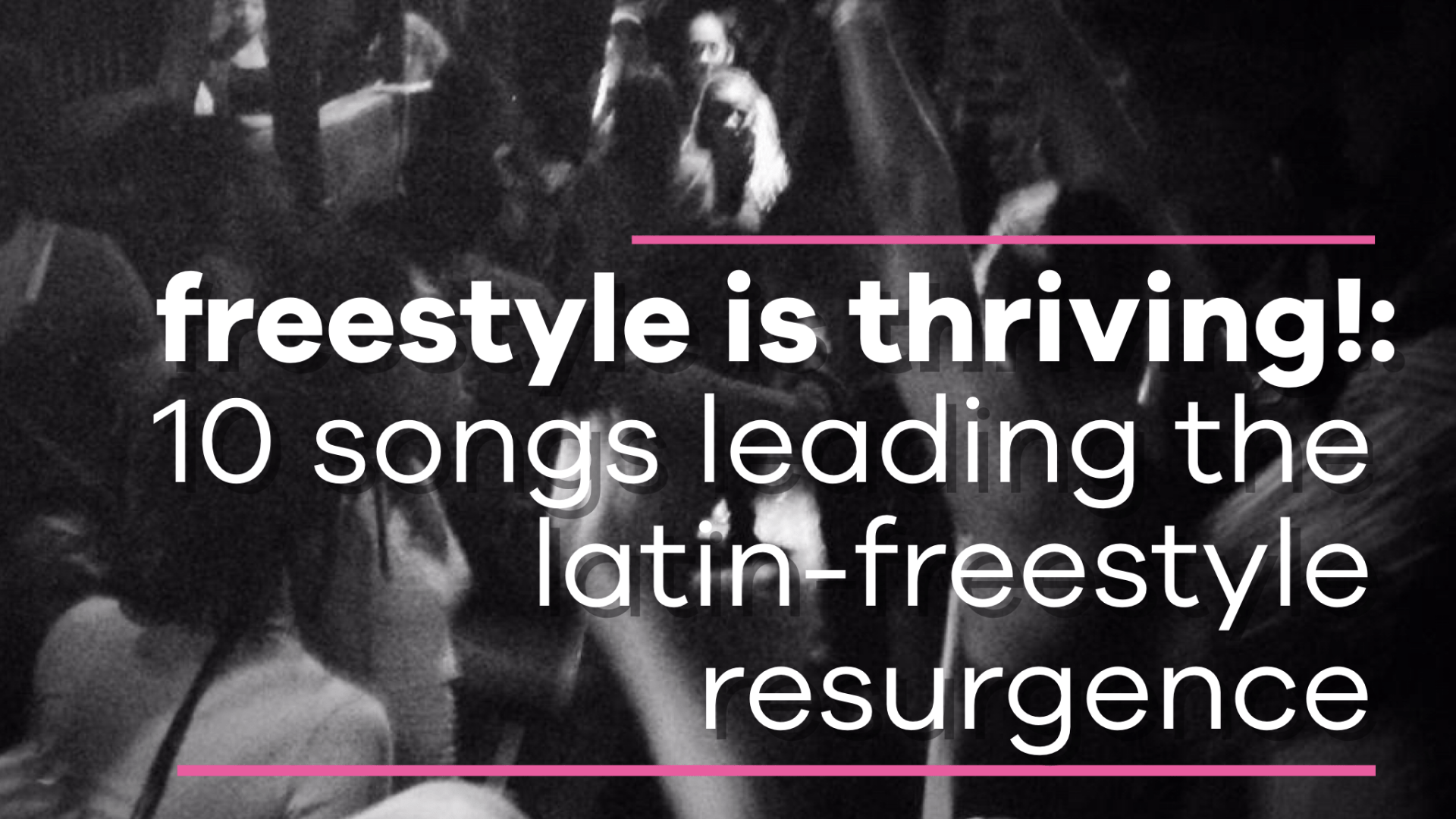 freestyle music has direct ties to the early rise of hip-hop. like hip-hop, the freestyle genre was led by creative teens from the hood. when afrika bambaataa & the soul sonic force released “planet rock” in 1982, it laid the groundwork for freestyle music. a year later, shannon’s “let the music play,” written and produced by chris barbosa, took the sound further by adding a pop melody that proved pivotal in ushering a sound that would eventually go from being called latin-hip-hop to freestyle music.

early breakout stars of the genre included lisa lisa, sa-fire, stevie b, sweet sensation and the cover girls – all of whom scored major crossover hits in the mid-to late 1980s.

unfortunately, by the start of 1993, the genre was driven underground with the exception of a few hot 100 charting hit in the second half of the 90s by jocelyn enriquez, lil suzy and rockell.

in the last decade, freestyle concerts featuring the aforementioned legends have proven that the genre, which continues to be under-appreciated, can still pull in large crowds. however, the genres output left much to be desired. that is until the last few years. the gurls have been bringing it! even charli xcx has released the freestyle-esque “baby.”

here 10 freestyle songs that if given a chance could help the genre rise from the underground and onto playlists across the world.

jasmine denis is an afro-boricua trans singer who began her recording career in the late 1990s. written by jasmine herself, “it’s over” chronicles her experience and survival after an abusive relationship. the songs is featured on her 2020 album “unforgettable.”

this song is without a doubt one of the best freestyle songs of the past two decade. featuring multi-genre and emerging artist keenan trevon, “just dance,” released this past january, is the song that SHOULD lead a radio resurgence of freestyle music.

since her 1988 debut with the classic “change on me,” cynthia has been one of the most consistent artists in the freestyle genre. with a legendary catalog that includes “dreamboy/dreamgirl” (one of the genre’s biggest selling singles) and her 1997 hot 100 charting “if i had the chance,” miss mama’s is an icon! and her late 2021 she release “are you ready for love” is proof that cynthia deserving of all the flowers.

taken from the manchester-based dj and producer anz’s 2021 “all hours” EP, “you could be” is an electro-pop/freestyle throwback back that is a vibrant as its accompanying music video.

flygroove is the alias of one of latin-freestyle’s pioneering producers and masterminds joey gardner. last fall, flygroove teamed up with freestyle icon george lamond for an electro-pop cover of paula cole’s 1997 brilliant folk/disco shoulda-been-a-hit “i believe in love.”

canadian musician kiesza exploded on the international scene in 2017 with her breakout hit “hideaway.” in january 2022, she released “passenger,” a song that samples noel’s 1988 #1 dance hit “like a child.”

miss maluca remains one of dance music’s most eclectic and consistent artists after over a decade in the game. in the fall of 2019, she released the freestyle thumper “nyc baby” and its accompany music video (which she directed) as a love letter to her fans.

film actor, singer and broadway star anthony ramos was inspired to write “love and lies” after he heard his brother jammin’ to tka’s 1991 hit “louder than love.”

10. TKA “SLIPPING THROUGH MY HANDS”

in 2020, tka, freestyle’s pioneering and most successful male groups, released the slammin’ “slipping through my hands.” written by singer/songwriter a’lisa b., this track is pure genius and if there was any justice in this world, it will find the larger audience it deserves.

miss corina is an accomplished singer, songwriter, producer and actress. oh yeah, and she knows how to put on a show. in 1991, she scored one of freestyle’s biggest hits when her single “temptation” landed at #6 on billboard’s hit 100. her 2022 single “tni le neshika” (translated “give me a kiss”) and it’s dj pj sera remix is a reminder why this latin hip-hop pioneer is a legend.